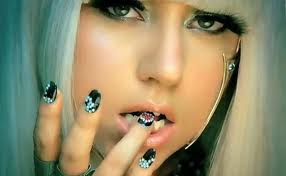 In only three years, Lady Gaga has amassed ten top-ten hits in the U.S. and another nine in the U.K. While fans awaited the 2011 Born This Way sophomore album, she served up the eight-track EP The Fame Monster in 2009 and a remix collection the next year. Both were top ten U.S. albums.

It all started with 2008’s The Fame. “Just Dance” was the debut single to launch the album and was followed up by “Poker Face”. Both songs were #1 hits in the U.S. and U.K. and rank in the top 100 songs of the 21st century. “Paparazzi” and “LoveGame” were top ten hits in the U.S. as well. All four songs sold at least a million copies; the first two rank amongst the world’s all-time top 100 best-sellers.


Based on the album’s prevalent themes regarding the pursuit of celebrity and the lifestyle of the rich and famous, the spotlight was exactly where she wanted to be. She was “a self-styled, self-made shooting star, one who mocked the tabloid digital age while still wanting to wallow in it – and one who’s smart enough to pull it all off, too.” STE Her versatile personae, along with a predilection for over-the-top outfits, an ability to manipulate the press, and a provacative image suggested “that she was the second coming of Madonna, a comparison GaGa cheerfully courts and one that’s accurate if perhaps overextended.” STE

Dave’s Music Database ranks the album in the top 1000 albums of all time. The Fame also took home the Brit Award for International Album of the Year. It also won a Grammy for Best Electronic/Dance Album and was nominated for Album of the Year. 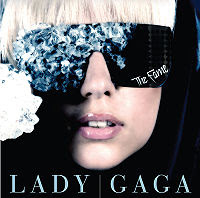 Nothing says pop hit quite like a Sri Lankan-born singer using “negative, violent stereotypes of immigrants as source material,” AB’00 “mocking the perception of dark-skinned immigrants as somehow dangerous,” PD and giving “shout-outs to Third World slums.” RS’09 Rapper Maya Arulpragasam, better known as M.I.A., combined those unlikely commercial elements for “one of the unlikeliest Top 10 jams ever” RS’09 with “Paper Planes,” the third single from her second album, Kala. It was “the sound of the third world and the digital age colliding head-on, with results that were equal parts scary and thrilling.” MX She took “third-world survivalism and, while not glamorizing it, certainly [made] us feel it at a level far more elemental than easy sympathy.” LR

A year after its initial release, the trailer for Pineapple Express gave the song a second life, letting it expand “from its hipster dance-music niche into broader consciousness.” PF It also packs a whollop at a pivotal moment in Slumdog Millionaire, “the Oscar-winning film that was the late-00’s other great border-hopping underdog story.” PF

The song wraps “irresistible catchiness, political relevance, and musical surprises in one tight package” AB’00 “with global-minded beats and revolutionary chic.” PF The song is built over “a beat sampled from the Clash’s ‘Straight to Hell,’” RS’09 “which itself was an indictment of immigrants’ treatment in the West, permeated with southeast-Asian tonal influences” PD and wrapped in a “gently rolling, almost lazy sounding package so laidback that the first time you hear the gunshots it may jolt you out of your seat.” AB’00 The song’s success suggested “that given the right synergy of personality, topicality, and marketing, something like a mass audience could still gather around even the unlikeliest of phenomena.” PF

Resources and Related Links:
at August 02, 2008 No comments: