Review: Jolson was rehearsing for The Singing Fool, his follow-up to the first sound picture, 1927’s The Jazz Singer, when he needed to replace a song. He phoned the writing team of Henderson, DeSylva, and Brown with his request and they had a song ready the next morning. It has been suggested that the song they wrote, “Sonny Boy,” was intended as a joke, TY-45 but their “joke”ended up the biggest hit of 1928 WHC-43 and the biggest hit of Jolson’s career. That was no small feat, considering it was his twenty-first of twenty three #1 songs. PM-233

“Sonny Boy” was an intergral part of P.G. Wodehouse’s short story “Jeeves and the Song of Songs,” which was dramatized on the British TV series Jeeves and Wooster (“Tuppy and the Terrier,” season 1, episode 2).

Singer Eddie Fisher, who was born the year of the song’s release, was called “Sonny Boy” by his family. He shared in his autobiography that even after he’d gained fame in marrying Elizabeth Taylor, making $40,000 a week in Las Vegas, and hanging out with the likes of Frank Sinatra and Rocky Marciano, the nickname stuck. WK

Note: this list was originally presented October 21, 2011. It has been updated to exclude acts which have subsequently been inducted.

Bashing the Rock Hall has become the quite vogue thing to do. Of course, they have inducted hundreds of deserving artists alongside those who raise many music fans eyebrows. However, fans get outraged this time every year when their favorites get snubbed…yet again.

In the true spirit of Dave’s Music Database, the occasion for a list presented itself. Just who are the biggest Rock and Roll Hall of Fame snubs, those acts which fans most think have been overlooked? 49 lists were consolidated to create the DMDB list of 100 deserving acts. Here we go: 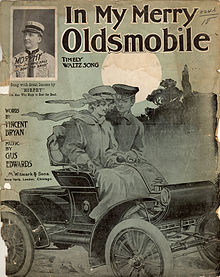 
I missed Elvis Costello a year before and was sure I’d blown my one chance to see him. Lo and behold, he was back in 2016 and I wasn’t going to miss him this time around. With a wide catalog to work from, I was pleased to see the varied approaches he used to play the songs – a set on guitar, a set on piano, etc. The highlight of the show was “Alison,” and not just because it is arguably his most celebrated song. Armed with just a guitar and no mike, Costello wondered out into the audience to perform the song, even sitting down in the seats by a fan at one point.

1. New Amsterdam
2. Poison Moon
3. Accidents Will Happen
4. They’re Not Laughing at Me Now
5. All This Useless Beauty
6. Everyday I Write the Book

26. Brilliant Mistake
27. Down on the Bottom
28. What’s So Funny ‘Bout Peace, Love and Understanding
29. A Good Year for the Roses

80 years ago: Fred Astaire hit #1 with “The Way You Look Tonight”