Nick Drake was an English folk singer/songwriter born in Rangoon, Burma, on June 19, 1948. Only three albums were released during his lifetime and each sold less than 5000 copies upon initial release. However, after his death he emerged as a doomed romantic hero. In the mid-‘80s, musicians such as The Cure’s Robert Smith and R.E.M.’s Peter Buck cited him as an influence. The Dream Academy’s 1985 single “Life in a Northern Town” was about Drake.

Drake’s parents were musically inclined, even composing music. At an early age, Nick wrote songs and recorded them on reel-to-reel. He played piano in the school orchestra and learned clarinet and saxophone. In 1967, he won a scholarship to study English literature at Cambridge. He was a bright student who didn’t apply himself. He was more interested in playing and listening to music while smoking marijuana.

He discovered the folk scene via performers like Bob Dylan and Phil Ochs and began performing in clubs and coffee houses around London. With the help of college friend Robert Kirby and American producer Joe Boyd, Drake recorded Five Leaves Left in 1968.

In the autumn of 1969, Drake moved to London to concentrate on music. 1970’s Bryter Layter sported a more upbeat and jazzier sound and featured John Cale and members of Fairport Convention. In October 1971, Drake recorded songs over two nights for what would become 1972’s Pink Moon. Thinking that the sound of Bryter Layter was too elaborate, Drake opted for a stark collection of bleak songs in which his singing was accompanied solely by his own guitar with one piano overdub on the title track.

He visited a psychiatrist in 1971 and was prescribed antidepressants. He also suffered from insomnia and his friend Kirby worried at one point that Drake was showing early signs of psychosis. In 1972, Drake had a nervous breakdown and was hospitalized for five weeks. He returned home to live with his parents. Musician John Martyn, who wrote the title song of his 1973 album Solid Air about Drake, described him as the most withdrawn person he’d ever met. Nick died at age 26 on November 25, 1974, of an overdose of amitriptyline, a prescribed antidepressant. The death has largely been assumed to be a suicide although some have considered it an accidental overdose.

A Skin Too Few (documentary about Nick Drake)

Lynyrd Skynyrd's “Free Bird” flies on to the chart

This page has been moved here where the Greatest Hits compilation and other Elton John anthologies are highlighted on one page to offer a career retrospective.
at November 04, 1974 No comments:

Email ThisBlogThis!Share to TwitterShare to FacebookShare to Pinterest
Labels: best albums of all time, Bob Marley, Lively Up Yourself, Natty Dread, No Woman No Cry, reggae, The Wailers

Olivia Newton-John hit #1 with “I Honestly Love You” 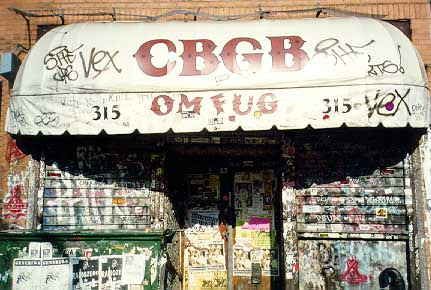