In 2002, Richie told Billboard magazine, “When I put out ‘Endless Love’…during the days of disco, the reaction was, ‘Are you nuts?’” BB100 However, this unforgettable ballad from the completely forgettable Brooke Shields and Tom Cruise movie of the same name was the biggest hit Motown had up to that time, not to mention the biggest soundtrack single and most successful duet. BR1

It was also the most successful song of both their careers. This was no small task – between them, they contributed to 54 #1 songs on Billboard magazine’s pop, R&B, and adult contemporary (AC) charts. However, this song found the pair at very different stages of their careers. Ross spent the ‘60s fronting the Supremes, racking up 12 #1 pop hits and 8 #1’s on the R&B chart. When she went solo in the ‘70s, she hit the top of the R&B and AC charts five and three times respectively. However, “Endless Love” was her final Motown single WK and her last of six #1 pop hits.

Richie was also a Motown stalwart, but just launching his solo career. With the Commodores, he landed atop the pop charts twice, the R&B charts six times, and the adult contemporary chart once. “Endless Love” was Richie’s first time atop the pop, R&B, and AC charts – charts he’d top five, five, and eleven times respectively. As a songwriter, he had the top song of 1980 with Kenny Rogers’ “Lady.” WHC

Recording was no easy task. Richie hadn’t written the song as a duet, but there was a push to get Diana on the song. Since Richie couldn’t sing in her key, he had to make up her part in the studio. SF Their busy schedules meant they finally met up in Reno, Nevada at 3:30 in the morning after Ross had performed at Lake Tahoe. An hour and a half later, they had the song on tape. BR1 Good thing – it was due to go out the next day for use in the movie. SF

Ross also recorded a solo version on her Why Do Fools Fall in Love? album WK and in 1994, it became Luther Vandross’ biggest hit when he and Mariah Carey reached #2 on the pop charts in the U.S. and top 5 in the U.K. 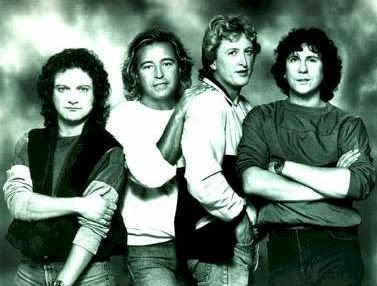 “Over the course of their first three late-‘70s albums, Foreigner had firmly established themselves (along with Journey and Styx) as one of the top AOR bands of the era. But the band was still looking for that grand slam of a record which would push them to the very top of the heap. 1981’s 4 would be that album.” AMG To this day, it “remains Foreigner’s career peak.” AMG

“Guitarist and all-around mastermind Mick Jones found both the catalyst to achieve this and his perfect musical soul mate” AMG “in producer Robert John ‘Mutt’ Lange — fresh off his massive success with AC/DC’s Back in Black.” AMG “Lange’s legendary, obsessive attention to detail and Jones’ highly disciplined guitar heroics (which he never allowed to get in the way of a great song) resulted in a collaboration of unprecedented, sparkling efficiency where not a single note is wasted.” AMG

“Vocalist Lou Gramm does his part, delivering a dazzling performance which confirmed his status as one of the finest voices of his generation.” AMG “With the departures of second guitarist Ian McDonald and keyboardist Al Greenwood, Foreigner became a quartet for the first time” CDU and all the album’s songs were written by Jones and/or Gramm. WK Session musicians were also brought in, among them Thomas Dolby, WK who went on to have a top 5 hit with “She Blinded Me with Science,” and Junior Walker. He played the “signature saxophone solo” AMG on “the surprisingly funky Urgent [which] proved to be one of the band's most memorable and uncharacteristic smash hits.” AMG

Nightlife, Woman in Black, Don’t Let Go, and “the 50’s-tinged Luanne” AMG are all “energetic, nearly flawless melodic rockers.” AMG “With Juke Box Hero, the band somehow managed to create both a mainstream hit single and a highly unique-sounding track, alternating heavy metal guitar riffing, chorused vocals, and one of the ultimate ‘wanna be a rock star’ lyrics.” AMG

“As for the mandatory power ballad, the band also reached unparalleled heights with Waiting for a Girl Like You. One of the decade’s most successful cross-genre tear-jerkers, it has since become a staple of soft rock radio and completely eclipsed the album’s other very lovely ballad, Girl on the Moon, in the process.” AMG

Also of note – the original album title and cover. The originally titled Silent Partners was to sport a cover from “renowned art studio Hipgnosis.” WK The band rejected “a black & white image of a young man in bed with a pair of binoculars looming overhead,” WK deeming it “too homosexual.” WK Bob Defrin designed the new cover, “modeled after an old fashioned film leader.” WK