Lady Gaga debuted at #1 with “Born This Way”

Billboard: The DMDB Ranking of the Hot 100 Chart Toppers 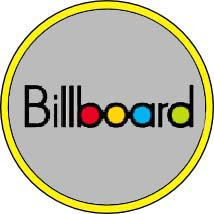 Billboard magazine has just hit a major milestone – Lady Gaga’s “Born This Way” becomes the 1,000th song to top the Hot 100 in the chart’s 52-year history. (See full story here). In celebration of the event, Dave’s Music Database has assembled its own list. How do those 1000 songs stack up in the DMDB rankings when other elements are factored in, such as sales, radio airplay, awards, success on other charts, and placement on best-of lists by multiple publications? Well, the results are below. By the way, this offers a glimpse into the DMDB book Top 100 Songs of the Rock Era, 1954-1999 (available here). 58 of the songs on this list appear in that book. By the way, if you’re interested in seeing a straight ranking of the #1 songs based solely on weeks at #1, check out the DMDB list “The Biggest #1 Pop Songs in U.S. Chart History.”

Resources and Related Links:
at February 23, 2011 No comments: 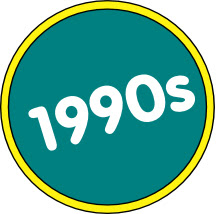 Here are the top 100 albums of the 1980s according to Dave’s Music Database:

The 2011 Grammy Awards According to Dave

Just yesterday I wrote about how my Steve theory (read here), which I used to pick last year’s Album of the Year, wouldn’t work this year. The Steve theory would have given Lady Antebellum yet another trophy to add to the five they did get, but I bucked the trend and picked Eminem, although I was rooting for Arcade Fire (who did win).

However, let’s face it – the the accolades should honor the memorable moments from the Grammy performances themselves. Here’s the trophies I’d like to hand out. Artists can feel free to swing by my house anytime to pick them up.

Singer Most Likely to Be Adopted by Aretha Franklin: Yolanda Adams

Performance Most Likely to Convince You You’re Listening to Madonna Sing “Express Yourself”: Lady Gaga’s “Born This Way”

Performance by a Female Country Singer to Most Likely Recall Taylor Swift’s Off-Key Performance Last Year: Miranda Lambert “The House That Built Me”

Band Most Likely to Take the “We’re Going to Be the Next U2” Title Away from Coldplay: Muse

Performance Most Likely to Make You Think a Jackson-5 Era Michael Jackson Has come Back from the Dead to Sing “Who’s Lovin’ You”: Bruno Mars “Grenade”

Moment Most Likely to Make a Parent Smile: camera shot of Will Smith and Jada Pinkett Smith while son Jaden performs with Justin Bieber

Most Hyped Performer Who Didn’t Impress Me: Justin Bieber

Shot of Someone in Audience Who Most Appeared Dead: Jeff Beck

Performance Which Got My Toes Tapping:
Mumford & Sons

Worst Sound Engineering of the Night: Bob Dylan (You could barely hear him at the beginning of “Maggie’s Farm”).

Strangest Audience Shot: Jennifer Lopez clapping after Dylan’s performance, but looking like she’d rather be anywhere else.

Dumbest Statement of the Night: “Awards like Record and Album of the Year only here at the Grammys!”

Most Outrageous Outfit of the Night: Cee Lo Green (although his duet partner, Gwyneth Paltrow, nearly took the award for her incredibly low-cut dress and high-heeled shoes).

Silliest Bid to Be Taken Seriously As an Artist: Katy Perry “Not Like the Movies”

Performance Most Devoid of Energy by Someone in Her Youth: Katy Perry “Teenage Dream”

Performance Fullest of Energy by Someone Most Definitely Not in His Youth: Mick Jagger

Most Amusing Attempt to Avoid Cursing: Referring to Cee Lo Green’s “Fuck You” as “The Song Otherwise Known as ‘Forget You’”

Worst Job at Avoiding Cursing: Whoever was in charge of the censor button during Eminem’s performance.

Strangest Attempt to Liven up the Dullest Part of the Night: Putting a backing band behind the Grammy president while he spoke.

Person Who Looked Angriest Even When Winning an Award: Eminem


Check out a detailed run-down of the night here. For a list of all award winners and videos from the night, check out grammy.com.

Arcade Fire wins the Grammy for Album of the Year

Email ThisBlogThis!Share to TwitterShare to FacebookShare to Pinterest
Labels: Album of the Year Grammy, Arcade Fire, Brit Awards, Ready to Start, Sprawl, The Suburbs, We Used to Wait, Win Butler

I have a problem come Grammy night. No, it isn’t that I’m busy and my DVR is broken and I’ll miss the show. It isn’t that I am determined to establish hipster cred by dissing the Grammys as irrelevant. I also have no money riding on anything and have no industry contacts. No, my problem is that my Steve theory looks like it may fall apart.

Steve is a buddy of mine since high school days. I’ve noticed in recent years how much his musical tastes align with Grammy voters so I picked Taylor Swift’s Fearless to win Album of the Year in 2010 (which it did) because Steve said it was the most likely of the nominees that he would buy.

So who is vying for the big prize in 2011? Arcade Fire’s The Suburbs, Eminem’s Recovery, Lady Antebellum’s Need You Now, Lady Gaga’s The Fame Monster, and Katy Perry’s Teenage Dream. Like last year, Steve doesn’t own any of the batch, but if push came to shove, he’d go country-pop. Last year that meant Swift and this year it would be Lady Antebellum.

The problem is that no one is picking Lady A. They put out the year’s second best-selling album (only behind Eminem) and had a major hit with the title song, which is up for song and record of the year. It will probably win one of those awards. As for Album of the Year, they may get the country vote, but will be in a three-way battle for the pop vote, which should be split between Lady Gaga and Katy Perry.

That leaves it as two-horse race where most picks are leaning toward Eminem. The music industry is abuzz about Recovery being his rebound from a prescription drug habit and a comeback after what Em himself called a less than stellar album with 2009’s Relapse.

It makes for a feel-good story (even if it does shatter my Steve theory), but also emphasizes a common Grammy problem – awarding the big prize to artists for the wrong album. Winners Bob Dylan (Time Out of Mind), Ray Charles (Genius Loves Company), Steely Dan (Two Against Nature), and Herbie Hancock (The Joni Letters) all have far loftier works in their repertoire that didn’t even get nominated.

Eminem has been nominated twice before – for 2002’s The Eminem Show and 2000’s The Marshall Mathers LP – and both were more deserving of the prize. Frankly, I think he should have won in 2000 against a weak crop. As for 2002, I was rooting for Bruce Springsteen’s The Rising (a great album and one that wouldn’t have just been a career award) over winner Norah Jones’ Come Away with Me.

Still, Recovery wouldn’t be a bad choice. In fact, it is the only album from 2010 to make the top 1000 albums of all time list as determined by Dave’s Music Database, in which I factor in best-of lists, sales, chart figures, and awards.

However, I think history will celebrate Arcade Fire’s The Suburbs even more (regardless of what the Grammys decide). With their third album, they landed at #1 on the Billboard album chart, but somehow haven’t lost any of the indie cred established by their first two acclaimed releases. Add the thematic nature of the album and you’ve got a work that will be hailed years from now as the landmark of one of this generation’s most pivotal bands.

In the end, I expect Lady A will take home an album trophy, but for Country Album of the Year. Gaga should nab the Best Female Pop Vocal Performance for “Bad Romance” and I’m picking Katy Perry’s “California Gurls” for Best Pop Collaboration with Vocals. Arcade Fire should win for Best Alternative Album and Eminem ought to grab the Best Rap Album and Best Rap Solo Performance (“Not Afraid”).

My Steve theory will probably lose tonight, but the nominees may all go home winners. I should take the high road and be proud for all of them. Instead, maybe I can manage the impossible and turn Steve into an Eminem fan before tonight. It isn’t going to happen.