American rapper DeAndre Way, better known as Soulja Boy, burst out of the gates in 2007, landing a huge hit his first time out. “Crank That (Soulja Boy)” debuted on the Billboard Hot 100 the same day Way turned 17. The song went on to occupy the top spot on the charts for 7 weeks, making it the biggest pop hit of the year. HT It was also the most downloaded song of the year SF and, with four million + in sales, was the third most downloaded song in the U.S. all-time. WK The song was also nominated for a Grammy for Best Rap Song, but lost to Kanye West’s “Good Life.” WK

Part of the song’s charm came in Soulja Boy’s “strange way with words.” AMG The lyrics about bragging and dancing included such memorable lines as “Why me crank that Robocob?” sit[ting] next to nonsensical called-out dance instructions.” AMG

He told HipHoxDX.com that he created the song in just an hour on the computer, using the Fruity Loops computer system. SF It was later reproduced more professionally. WK The song is notable for its looping steel pan riff. WK Steel drums originated from the West Indian islands of Trinidad and Tobago, generally being made from 55 gallon oil drums. SF The Beach Boys’ 1988 #1 hit “Kokomo” also used the instrument. SF

The video, directed by Dale Resteghini, featured Chris Brown, Bow Wow, and other notable rappers and R&B performers. BET ranked it the top video of 2007. WK Various parodies of the video have been made featuring Michael Jackson, Barney, and others. WK 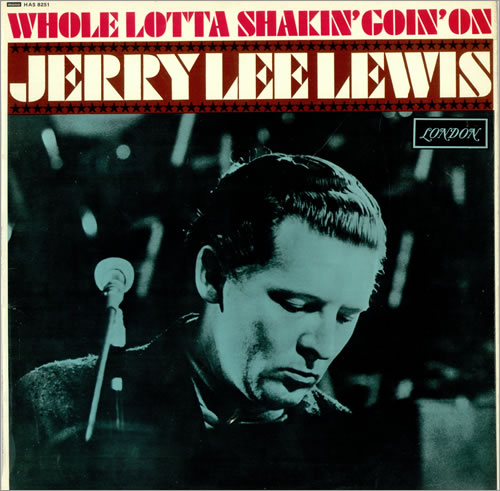 Review: In April 1956, Jerry Lee Lewis was booked for a gig at the Rebel Room in Osceola, Arkansas. When the band ran out of material, Lewis turned to a song that had been recorded four times – one by writer Roy Hall – but had yet to meet with success. RS500 Obviously Lewis – and the crowd – was taken with the song. He performed it 21 times in a row! SJ-210

When it came time to capture the song in the studio, producer “Cowboy” Jack Clement wisely opted to capture the manic energy of Lewis’ stage presence. As Clement said, “I just simply turned on the machine, mixed it on the fly.” RS500

The song is “as perfect a rock and roll record as one could hope to find” WI-33-4 thanks to two primary ingredients. On the piano, Lewis blend of “honky-tonk and blues shuffle” MA-17 in “a relentless, pounding boogie rhythm” AMG left listeners’ mouths agape and their toes a-tapping. “Like Lewis himself, [they] had a hard time remaining seated during the performance.” NRR

Meanwhile, the lyrics left some listeners aghast; the words “were rather lascivious and quite shocking coming from a singer from the Bible Belt” SF making the case “that prudes really did have something to fear from rock and roll.” MA-16 Song-licensing organization BMI thought so, initially banning the song, WI-33 but it became a hit after Lewis’ TV debut on July 28, 1957 on The Steve Allen Show. SF The song has become “a testament to the power of charm, its ability to…smuggle…craziness into the homes and hearts of normal law-abiding citizens.” WI-33

Posted by Dave Whitaker at 10:40 PM No comments: Links to this post

Posted by Dave Whitaker at 11:54 PM No comments: Links to this post