Roberta Flack wins Grammys for Song and Record of the Year 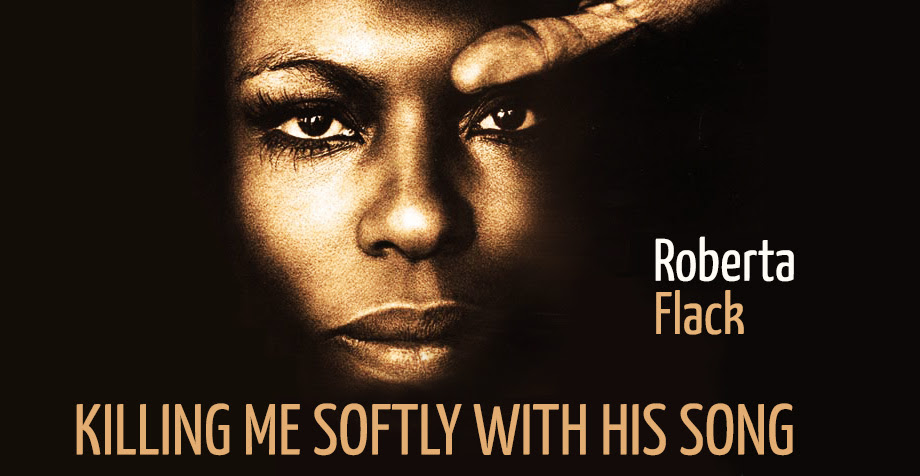 Roberta Flack “Killing Me Softly with His Song”

Review: At the 16th Grammy Awards on March 2, 1974, Roberta Flack took home the prizes for Song and Record of the Year. She owes this monster hit to Don McLean – and airline headsets.

Folk singer Lori Lieberman was at a Don McLean show at the Troubadour in Los Angeles when she was inspired to write a poem RS500 – but not by “American Pie” or McLean’s other big hit, “Vincent.” No, she heard album track “Empty Chairs,” and thought, “Whoa! This person knows me!” CR-387-8 Unsure how to put the poem into lyric form, CR-388 she showed it to two men she was working with at the time: Gimbel and Fox of Happy Days fame. RS500

She recorded the song and released it as a single, but it didn’t take off – well, that is, until it was literally lifted off the ground in its inclusion on a tape of music for airline headsets. SJ-164 Roberta Flack’s curiosity was peaked when she saw the song title in an in-flight magazine while on a flight from L.A. to New York. SJ-164 She says she “absolutely freaked” RS500 and knew she had to cover the song. CR-388

She and producer Quincy Jones spent three months polishing the track in the studio RS500 to create the “lushy romantic and forlorn atmosphere.” CR-388 The result was her second chart-topper, three Grammy wins, the biggest song of 1973, WHC-100 and, according to Blender magazine, is the eleventh most performed song ever. CR-388

More than 20 years later, the Fugees revived the song with the intention “to bring musicality back to hip-hop.” HL-70 Their version became a big radio hit in 1996 and even lifted a remix of Flack’s original into the dance club play charts.

Posted by Dave Whitaker at 8:26 AM No comments: Links to this post