Eminem and Rihanna hit #1 with “Love the Way You Lie”

The Top 100 Bassists of All Time

This list was created by averaging 21 lists (see sources at bottom of page). Groups or performers most associated with the bassist are listed in parentheses.

Music Goes to the Movies 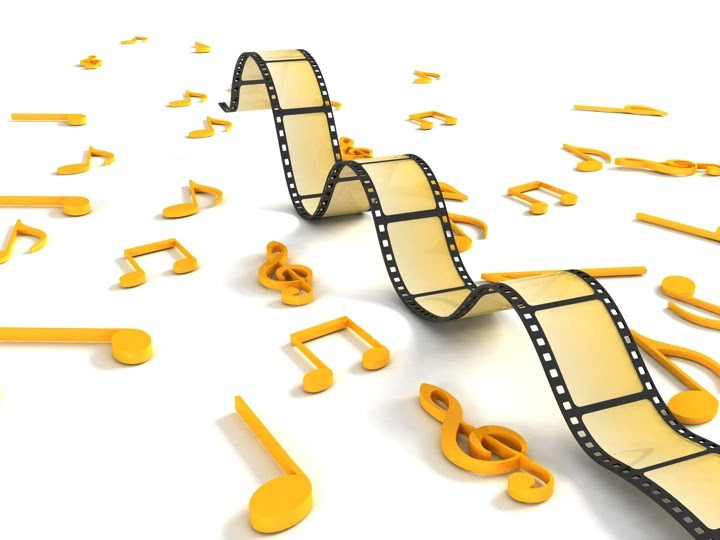 There is a moment in Pirate Radio (2009) – an inexplicably deleted scene relegated to DVD extras status – that nails the joy of being a music geek better than anything since High Fidelity (2000). Academy Award winner Phillip Seymour Hoffman leads his band of fellow DJs through London in the late ‘60s on a bachelor party night of depravity. They pause for reflection across the street from Abbey Road studios. Hoffman points out that the Beatles might be in there recording at that very minute. In a salute to the power of music, he states “there’ll always be poverty and pain and war and injustice in this world, but there will, thank the Lord, also always be the Beatles.”

Similarly, there will always be movies about poverty and pain and war and injustice, but there will also be those about the Beatles. And Elvis. And the Rolling Stones and the Who and Bob Dylan and Johnny Cash and Ray Charles and…Anvil.

Anvil? In the mid ‘80s, these metal-also-rans seemed poised to take over the world alongside contemporaries like the Scorpions, Whitesnake, and Bon Jovi. The where-are-they-now documentary Anvil: The Story of Anvil (2008) is a real-life This Is Spinal Tap (1984) that doubles as a heartwarming tearjerker about a group that should have hung it up years ago, but just can’t abandon the dream that they still might make it big. Singer Steve “Lips” Kudlow says that jumping off a cliff would be the easy way out to which drummer Robb Reiner replies, “You won’t jump off the cliff ‘cause I’ll stop you.”

Of course, music-oriented movies aren’t just about rock ‘n’ roll. The relationship between the two mediums dates to roughly the births of both art forms. The first couple of decades of the 20th century saw the simultaneous rise of recorded music and the addition of sound to film, the latter most notably in 1927’s The Jazz Singer. As soon as Hollywood saw dollar signs and discovered the power of pilfering instead of creating something new, they raided Broadway. If it was big on stage, it could be big on screen (1933’s 42nd Street, 1936’s Show Boat, 1949’s South Pacific, 1956’s The King and I).

When Elvis started swiveling his hips the musical gasped for breath. The rock ‘n’ roll era saw the arrival of vanity projects from the genre’s biggest stars. The King of Rock and Roll churned out Jailhouse Rock (1957) and a slew of other B-grade movies while the Beatles made A Hard Day’s Night (1964), which some call the greatest music movie ever made.

Shooting a dose of electric guitar into the film community didn’t just banish the musical to has-been status, but also birthed new genres. The tradition of seeing rock legends on stage and off kicked into high gear with 1967’s Don’t Look Back, 1970’s Woodstock, and 1970’s Gimme Shelter and has continued to the present with the aforementioned Anvil movie, Michael Jackson’s This Is It (2009), and It Might Get Loud (2008). How can you not be awed into rock star worship by the scene in the latter movie of Jack White crafting an electric guitar out of scrap material?

Of course, reality isn’t always what it’s cracked up to be so the film industry also embraced the biopic. This allowed film makers to more liberally edit which details of real-life personalities to embellish and which to forget. While telling the story of a musical legend was nothing new – the story of composer George M. Cohan in 1942’s Yankee Doodle Dandy comes to mind – the zest and decadence of rock star lives (1986’s Sid & Nancy, 1987’s La Bamba, 1989’s Great Balls of Fire) gave the format a new twist, for better or worse. On the plus side, the past decade has rewarded us with Academy-Award-winning performances in the depictions of musical icons Ray Charles (2004’s Ray!) and Johnny Cash (2005’s Walk the Line).

On the negative side, the rock-and-roll lifestyle is little more than a cliché in other movies. The Runaways (2010) had its moments, including Kristen Stewart’s spot-on Joan Jett look, but what should have been deeper commentary on the exploitation of girls in a predominantly male-driven business was yet another look-how-drugs-destroyed-them cautionary tale.

Then there was Crazy Heart (2009). While seemingly about a fictional character, it played like a biopic about Kris Kristofferson in an alternative world where he:

a) passes out nightly in a drunken or drugged stupor
b) is relegated to performing in small-town seedy bars and bowling alleys
c) has an inevitable meltdown on stage as “a” clashes headlong into “b”
d) still commands more than his share of sexual conquests no matter how old, fat, or drug-addled he becomes

Don’t get me wrong – Jeff Bridges earned his long overdue Best Actor Oscar – but did we need another musical journey through the life of a damaged soul who beds much younger women on his hopeful road to redemption?

Movies don’t always take music so seriously. The Blues Brothers (1980) reminded us just how fun music is. This Is Spinal Tap delighted in its absurdities. The Rocky Horror Picture Show (1975) gave us the full-on participation of live performance in all its camp and bad movie-making glory.

Speaking of camp, the ‘80s saw the MTV-inspired era of “is this a film or one big soundtrack promo?” with Flashdance (1983), Footloose (1984), and Dirty Dancing (1987). Not that light, adolescent-oriented fare was new – Elvis’ movies weren’t exactly competing for Oscars and the Annette Funicello and Frankie Avalon music-fueled Beach Party romps of the ‘60s weren’t focusing energy on commentary about the political relationships of the world’s super powers.

Of course, the very birth of rock ‘n’ roll, and subsequently its introduction in film, is tied to marketing to teens. Bill Haley & the Comets’ “Rock Around the Clock” provided the soundtrack for the opening of 1955’s Blackboard Jungle. While the movie aimed for anti-social commentary, it incited its audience to riot more than ponder the consequences of delinquent behavior.

Okay, so what’s the point of this music-goes-to-the-movies history lesson? Well, the first point is a music-goes-to-the-movies history lesson. Second, though, is this: at its worst, music-meets-film can evoke eye-rolls with over-the-top portrayals of people inspired to delinquency or decadence. At its best, however, a cherished musical film moment serves up a metaphor for pondering the human condition.

It doesn’t have to be that deep, though. Sometimes a movie simply prompts people to dance in the aisles or be transported beyond their surroundings for the moment. One afternoon, my sons and I were walking home from school during a light drizzle. We were all equipped with umbrellas but I soon noticed my boys twirling theirs on the ground and dancing around them instead of holding them aloft. Sure enough, their impromptu rain-soaked musical number was inspired by – what else? Singin’ in the Rain.

Email ThisBlogThis!Share to TwitterShare to FacebookShare to Pinterest
Labels: anvil, biopic, blackboard jungle, hard day's night, it might get loud, musicals, pirate radio, singin' in the rain, this is spinal tap

Notes: A 2001 CD reissue added “four studio sides cut by the same group a month prior to the concert – none hold a candle to the live material, but they do fill in a few holes in Muddy’s U.S. discography. The new notes by Mary Katherine Aldin also give a much better picture of the background of the show and Muddy’s performance.” AMG

Click here for the chart codes for singles/hit songs. Note: chart data is for studio version.