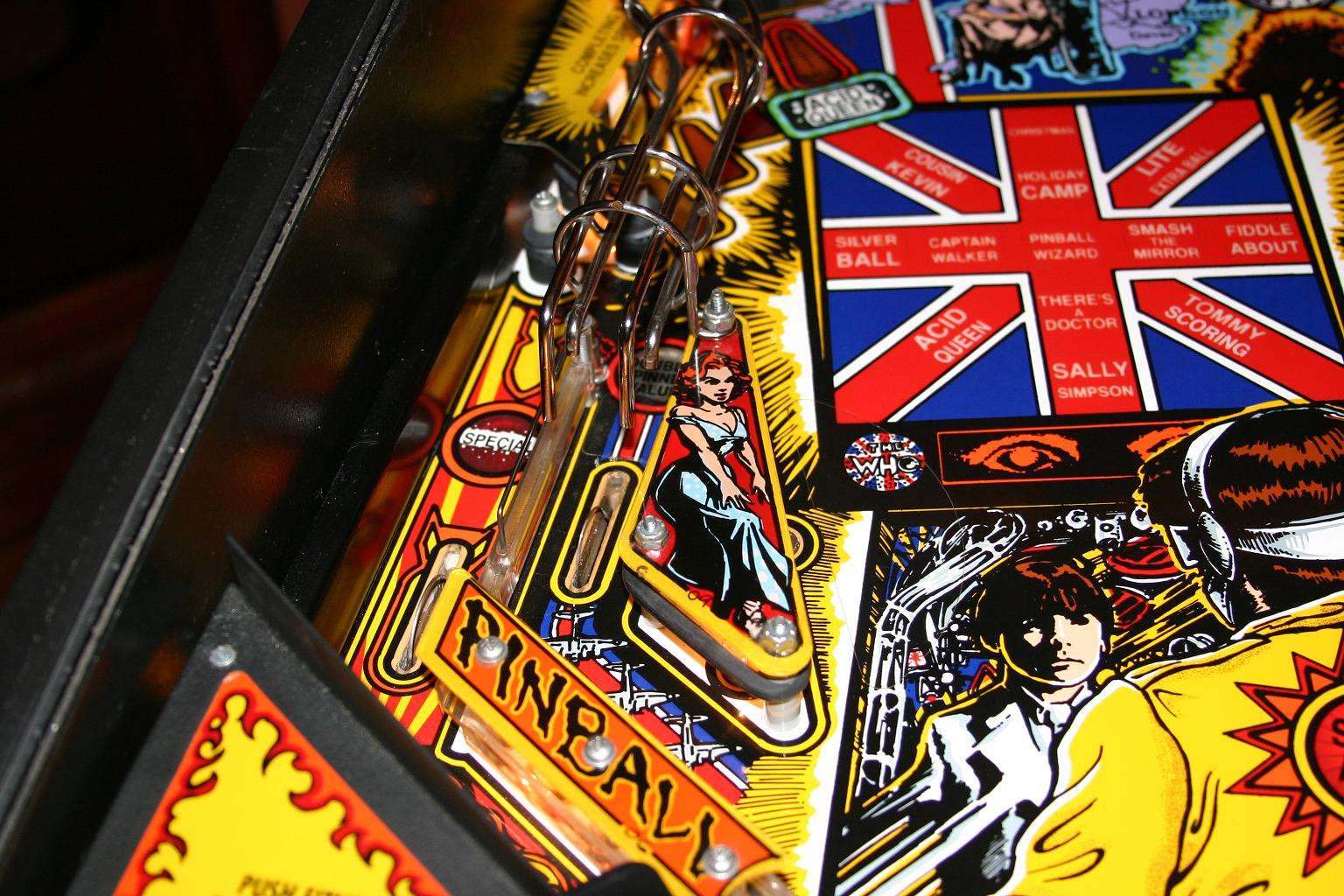 Review: The Who’s fourth studio set bears the distinction of being “the first musical work to be billed overtly as a rock opera.” WK The double album, written almost entirely by guitarist Pete Townshend, “launched the band to international superstardom.” AMG The story focuses on a deaf, dumb, and blind kid who becomes a Messiah-like figure. This gave Townshend a chance to explore “the larger themes of emotional scars, freedom and religion.” RV When initially released, some critics hailed it as a masterpiece and “the beginnings of a new genre” WK Life magazine said “for sheer power, invention and brilliance of performance, Tommy outstrips anything that has ever come out of a rock recording studio.” WK

However, some considered it exploitative and the BBC and some U.S. radio stations even banned it. Detractors also cite the “pretensions of the concept and…the insubstantial nature of some of the songs that functioned as little more than devices to advance the rather sketchy plot.” AMG

One device used to get attention was pinball. The album’s main character is “a blind pinball wizard who was worshipped as the new messiah.” RVThe story goes that Townshend tailored the song Pinball Wizard to rock journalist Nic Cohn’s tastes to get a positive review from him. His reaction: “It’ll be a masterpiece.” RV

“Though the album was slightly flawed, Townshend’s ability to construct a lengthy conceptual narrative brought new possibilities to rock music. Despite the complexity of the project, he and the Who never lost sight of solid pop melodies, harmonies, and forceful instrumentation, imbuing the material with a suitably powerful grace.” AMG One of the highlights comes when “frontman Roger Daltrey fully embodies the tortured essence of Tommy, displaying his newfound liberty in I’m Free.” RV

The album has some other “excellent songs, including…Sensation, Christmas, We're Not Gonna Take It, and the dramatic ten-minute instrumental Underture.” AMG “We’re Not Gonna Take It” was whittled down to “See Me Feel Me” for the singles-friendly radio market.

See Me Feel Me (from the ‘Tommy’ movie)

The group has frequently played the entire album live in concert, but not as a staged theatrical show. Several live performances have been released in their entirety, including the 2002 Deluxe Edition of the 1970 live album Live at Leeds and the Live at the Isle of Wight Festival 1970 release in 1996. In 1975, the album was adapted into a film with major stars such as Ann-Margret, Elton John, Tina Turner, Eric Clapton, and Jack Nicholson. Elton John’s performance of “Pinball Wizard” became a top 10 hit in the U.K. The band re-released a soundtrack version of the album.

Pinball Wizard (Elton John performing it in the ‘Tommy’ movie)

“The most famous bootleg in rock history, with the possible exception of Dylan’s own Basement Tapes.” AMG This “is a great performance from one of the most important performers of our time.” NO The album didn’t receive an official release until 32 years later when it was released in 1998 as part of Dylan’s Bootleg Series. However, “Dylan's performance at Manchester’s Free Trade Hall on May 17, 1966 (and the bootlegs that followed) set the music world on its ear.” NO

The show is often misidentified as being at the Royal Albert Hall – hence the title in quotes on the official release. That show, on May 26, was one of the final shows from the same tour. “The one thing you can't argue is the significance of this tour; and more importantly, this particular show.” NO

The first half featured Dylan in a solo acoustic performance. “He was in fine form and turned in a gripping solo performance. The audience was ultra quiet during the seven songs. They had heard most of them several times before. It was familiar territory. They were comfortable.” NO

The second half, however, is electric set in which he is accompanied by The Hawks, who later became The Band. “The crowd had no idea that what they were about to experience would change the face of rock music as they knew it.” NO Dylan fans were dismayed by what they viewed as a betrayal of traditional folk music as evidenced by the legendary moment when a heckler yells “Judas!” Another man shouts, “I’m never listening to you again, ever!” to which Dylan responds, “I don’t believe you” and “You’re a liar.” Then either Dylan or guitarist Robbie Robertson can be heard instructing the band to “play it fucking loud.” WK “Drummer Mickey Jones slams his snare like his life depended on it, and they kick into the best version of Like a Rolling Stone you’ve ever heard.” NO Film footage of the incident was found and used in Martin Scorsese’s 2005 documentary No Direction Home.

Sometime in late 1970 or early 1971, the electric portion of the show started surfacing on bootleg LPs. Dave Marsh reviewed it in Creem magazine, calling it “the most supremely elegant piece of rock ‘n’ roll music I’ve ever heard.” WK All Music Guide’s Richie Unterberger called it “an important document of rock history. It captures…Dylan…at his most controversial and hard rocking.” AMG Critic Jon Landau notes “the booing, the names, the insults he endured just to be standing there with an electric band…The audience claps at the wrong time, claps rhythmically as if to deliberately throw his timing off.” WK

While the bootlegs focused on the electric set, the official package is a two-CD set which “not only includes the eight electric rock songs from the original bootleg, but also the seven solo acoustic performances that comprised the first half of the show.” AMG “The acoustic disc is not as epochal, but on par with the electric half in the quality of material and performance.” AMG “It’s all in very good fidelity, about as good as any copies you could find through unofficial sources.” AMG This isn’t “just an interesting adjunct to Dylan’s ‘60s discography; it’s as worthy of attention as anything else he recorded during that decade.” AMG “Even if you’re not a Dylan fan, this CD is an essential part of any collection.” NO

Rolling Stone magazine has published numerous best-of lists over the years. Below is an exclusive Dave’s Music Database in which various lists from Rolling Stone have been consolidated into an aggregate list.