Captain & Tennille hit #1 with “Love Will Keep Us Together”

Eagles’ One of These Nights released

Syd Barrett showed up while Pink Floyd recorded a tribute to him: June 5, 1975 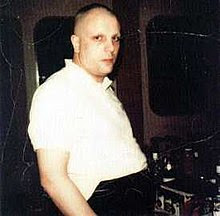 When Pink Floyd hit the studios to record their follow-up to Dark Side of the Moon, they were inspired to record an album (1975’s Wish You Were Here) commenting on the music business and former bandmate Syd Barrett. His is a tragic story of a gifted musician derailed by drugs and psychological problems.

The singer, songwriter, and guitarist was a founding member of the group and was so instrumental in shaping psychedelic rock that Pink Floyd’s debut, Piper at the Gates of Dawn, is rated the #1 album of the genre (see full list here) by Dave’s Music Database.

As the band’s star rose, Syd’s mental state became increasingly precarious, a problem at least partly intensified by drugs, especially LSD. During concerts he might strum one note for the entire show or not even play at all. In interviews, he was terse or might stare ahead blankly. The group was turning to substitutes before the tour’s conclusion. For their sophomore effort, Pink Floyd thought they could use Barrett as a non-touring member, but even that became unbearable and his sole contribution to album #2, A Saucerful of Secrets, was the song “Jugband Blues.”

Barrett released two solo albums in his post-Pink days. The material was recorded from 1968 to 1970, but the songs were generally written from 1966-67. During the ‘70s, he withdrew from the music industry and became a recluse living at his mother’s house.

Shine on You Crazy Diamond

The band assured that Barrett continued to receive royalties, but didn’t interact with him. In a strange twist of fate, Pink Floyd was completing a final mix of “Shine on You Crazy Diamond” at Abbey Road Studios when Barrett made an impromptu appearance. He was overweight and had shaved his head and eyebrows. The band didn’t even recognize him initially. Barrett talked with them for awhile, but wasn’t really there. Bassist and lyricist Roger Waters was reportedly reduced to tears. According to Wikipedia and This Day in Music’s Facebook page, it was the last time any of the band saw Barrett alive. He died in 2006.