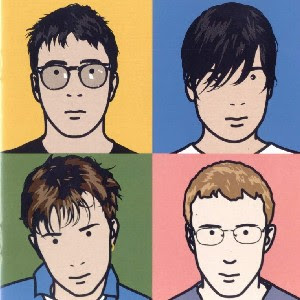 Awards:
Resources and Related Links:
Posted by Dave Whitaker at 12:47 PM No comments:

On August 8, 1994, an electrician found Kurt Cobain’s body at his home in a room above the garage. He was dead of a self-inflicted gunshot wound. A gun and suicide note were nearby. The coroner determined the 27-year-old rock singer/songwriter had died on April 5.

Nirvana, the band Cobain fronted, attained global fame in 1991-92 with Nevermind, a #1 album which achieved sales of 10 million in the U.S. and more than 20 million worldwide. It ranks in the top 10 albums of all time. That album’s lead single, “Smells Like Teen Spirit”, is also considered a landmark in music history, ranking in the top ten of the DMDB book The Top 100 Songs of the Rock Era, 1954-1999.

The huge success of that album and song put Nirvana at the forefront of the grunge movement. Considered the most vital music genre to come about in years, Cobain was heralded as its John Lennon – the voice of a generation of dissatisfied teens and young adults in their twenties.

Cobain was tortured by a chronic stomach ailment, heroin abuse, depression. In death, he became – some say intentionally – a member of “the 27 club,” a group of musicians including Jimi Hendrix, Janis Joplin, Jim Morrison, and later Amy Winehouse, who all died at age 27. Quoting from a Neil Young song in his suicide note, he said it was “better to burn out than to fade away” (read note here), an indication of his desire to go out on top.