The Top 30 Songs by Diane Warren 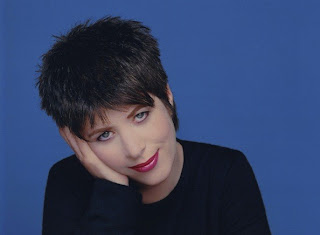 The October 29, 2011 issue of Billboard has a feature on songwriter Diane Warren (“Diane Warren Teams up with Universal Music Group for International Publishing Deal”). Usually such features come accompanied with best-of lists, but this one did not. Since they didn’t make such a list, I will. Here are the top 30 songs written by Diane Warren, as determined by Dave’s Music Database. By the way, the link on #1 goes to a DMDB blog entry which was coincidentally written just this week!

The T.A.M.I. Show is a 1964 concert film. T.A.M.I. was an acronym for Teenage Awards Music International, sometimes for Teen Age Music International. Free tickets were given out to local high school students to see two live performances taped at the Santa Monica Civic Auditorium on October 28 and 29. Director Quentin Tarantino has said it ranks “in the top three of all rock movies” AZ and Amazon.com’s Donald Leibenson says it is “arguably the very best rock-concert movie ever made.” AZ

Jan and Dean, who also performed, served as the hosts for a slew of significant rock ‘n’ roll and R&B acts from the time. Over two hours, audiences were treated to performances from The Beach Boys, Chuck Berry, Marvin Gaye, Gerry & the Pacemakers, Lesley Gore, Billy J. Kramer & the Dakotas, The Miracles, The Rolling Stones, and The Supremes.

However, the most-talked about performance from the show belonged to James Brown. Producer Rick Rubin has said it “may be the single greatest rock & roll performance ever captured on film.” WK The Rolling Stones’ Keith Richards has said that performing after Brown may have been the biggest mistake his group ever made. WK

The movie gained legendary status because, after its original airing in December 1964, it was not officially released until 2010. Fans had to make do with bootlegs of the performances.

To borrow a phrase from my kids’ favorite cartoon, Phineas and Ferb, “Why, yes. Yes it was.” While music constantly evolves, every generation since the beginning of recorded music has introduced a game-changing genre. Until now.

Ragtime was the popular style of choice at the onset of the 1900s. It eventually gave way to jazz. The Swing Era in the ‘30s transformed into the Sing Era in the ‘40s. Rock ‘n’ roll altered the musical landscape in the ‘50s and punk and grunge emerged in the ‘70s and ‘90s as evidence that rock wasn’t dead.

This month marks the 20th anniversary of what has been called the Year of Grunge. The year 1991 saw the releases of Nirvana’s Nevermind and Pearl Jam’s Ten. Those albums put Seattle on the musical map and flannel and army boots in every sullen American teen’s wardrobe. Adolescent angst was back in vogue and came soundtracked with a brand new anthem, “Smells Like Teen Spirit”.

Of course, Nirvana and Pearl Jam would acknowledge that they no more birthed grunge than any other genre’s tent pole artists invented their respective forms of music. Grunge offered plenty of contemporaries with which to share credit. Soundgarden, Alice in Chains, Mother Love Bone, Mudhoney, and the Screaming Trees are among the most frequently cited.

It isn’t just that multiple artists fell under the grunge banner. There were also a slew of predecessors who laid the groundwork. Analyze the alternative rock and indie scene of the late ‘80s and one can see the seeds of grunge being sown. Rewind another decade and it becomes clear how much grunge was really just recycled punk.

In fact, the flagship grunge and punk groups – Nirvana and the Sex Pistols – share more than a few similarities. Both grew out of eras when disenfranchised youth were tired of pop radio and music journalists were fond of writing articles sounding rock ‘n’ roll’s death knell.

They were also fronted by oversized personalities that aggressively railed against the frustrations of their generations, even if the establishment was less than overjoyed. Then again, joy didn’t enter the picture for the bands, either. Nirvana’s Kurt Cobain and the Pistols’ Johnny Rotten were troubled, angry young men who found no peace with their bands’ phenomenal successes and the greater audience upon which it afforded them opportunities to spew their venom.

Strong, destructive personalities brought about quick demises for both bands which roughly coincided with the lifespans of their respective genres. Cobain and the Pistols’ Sid Vicious suffered from heroin addiction, drug overdoses, and volatile relationships. Sid was charged with murdering girlfriend Nancy Spungen before his own death in 1979 which some call an overdose and others call a suicide. In 1994, Cobain’s suicide had conspiracy theorists insisting that his wife Courtney Love had him killed.

Parallels can also be drawn between the genres’ runner-ups – Pearl Jam and The Clash. These bands also claimed lots of attention in the spotlight, but less than their genre’s flag bearers. Both bands survived beyond their genres’ peaks and gained reputations for political activism within and beyond their music.

Of course, punk and grunge also grew out of similar circumstances. The bands tapped into teen’s frustration with the nation’s political climates which had left them feeling downtrodden. They were also responses to the by-the-numbers dance pop which ruled radio.

Both genres were embraced as back-to-basics rock ‘n’ roll bands which reminded the public that the music was supposed to be raw and raunchy. They were responses to bloated and over-the-top rock which, either took itself too seriously – such as progressive rock in the ‘70s, or not seriously enough – like the hair bands of the ‘80s. Performances were about frontmen who screamed and jumped around on stage and musicians who thrashed wildly on their instruments.

Of course, just as grunge was really just punk mixed with a dose of heavy metal, punk was largely a return to garage rock. In reality, every “new” genre of music is really a reshaping of the previous generation’s music. Every decade’s new batch of teens seeks out a way to distance themselves from the status quo with a new sound – one which the elders don’t understand and turn up their noses at, saying “this isn’t music.”

However, the 20th anniversary of grunge is an uncomfortable reminder that music hasn’t given us anything “new” on such a grand scale since then. This generation still awaits its musical revolution.

We have, however, experienced one of recorded music’s greatest revolutions in regards to how music is delivered and marketed. The beginning of the 20th century saw sheet music and piano rolls. The phonograph forever changed music in that it now became about hearing actual performances from artists. Over the decades, radio, juke boxes, eight track and cassette tapes, and compact discs all played important roles in letting the music reach the masses.

However, none of those forms had the reach and impact of the Internet. In just over ten years, the way people access music has been permanently altered – for better or worse. A few clicks of the mouse or one’s mobile phone and any song imaginable is there for the listeners’ pleasure. However, much to the chagrin of the record companies, illegal downloads have ravaged their business while also giving consumers more control than ever before.

Perhaps it’s precisely because of the digital revolution that we have not seen a generation-defining genre since grunge. For one genre to so completely saturate the market requires, well, a music industry with immense control over the market. Has downloading destroyed the hope for any new genre domination? I hope not. I’d like to think that in a small club in some metropolitan area there’s a local band slogging it out that’s destined to get music journalists salivating. The magazine headlines will boldly ask “Are they the next big thing?” and hopefully we can respond that, “Yes. Yes they are.”