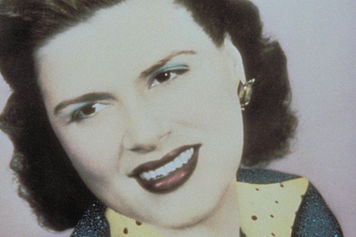 According to Dave’s Music Database, Patsy Cline ranks as one of the top 100 country acts of all time, top 100 singers of all time, and makes the top 1000 music makers of all time list. She is a Country Hall of Fame inductee and recipient of the Grammy Lifetime Achievement Award.

What’s astonishing about Cline’s place in country music history is how little impact she had from a chart standpoint. At the time of her tragic death by a plane crash in 1963, she had charted a mere nine songs on the Billboard country charts. She had another ten posthumous hits, but her total of nineteen chart doesn’t even rank her in the top 200 country artists of all time according to the Billboard charts!

However, with several classics to her name, the respect shown to Cline is well deserved. Even if her most cherished song, “Crazy”, were the only thing she’d ever done, it would earn her an acclaimed spot in country music history. Dave’s Music Database ranks it as the #2 country song of all time, behind only Tammy Wynette’s “Stand by Your Man”. It is also featured in the DMDB book The Top 100 Songs of the Rock Era, 1954-1999. The song also gets best-of nods from the Grammy Hall of Fame, the Library of Congress’ National Recording Registry, and NPR’s list of The Most Important American Musical Works of the 20th Century.

The song was written by Willie Nelson before he became one of country music’s most celebrated singers. She needed a follow-up to another one of her classics – “I Fall to Pieces” – and was interested in Nelson’s song “Funny How Time Slips Away”. Unfortunately, Nelson had already given it to his long-time friend Billy Walker. Walker suggested “Crazy”, but Cline was not impressed with it. She didn’t want a slow, torch song, but something more up-tempo. However, her producer Owen Bradley convinced her to give it a shot. The result was her only top ten pop hit and what Willie Nelson called “the favorite of anything I ever wrote.” CL