Aretha Franklin launched her recording career in 1960, releasing her first single for Columbia when she was 18. The song, “Today I Sing the Blues”, reached #10 on the R&B charts and led to a handful of other hits, including two more top tens (“Won’t Be Logn” and “Operation Heartbreak”).

However, she opted not to resign with Columbia when her contract expired in 1966. She’d made nine albums with the company, but didn’t have any money to show for it. Jerry Wexler of Atlantic Records quickly signed her and took her to Alabama’s legendary FAME Studios for her first recording session with the new company on on January 27, 1967. Along with the famed Muscle Shoals Rhythm Section, Aretha was joined by Stax Records’ Chips Moman and Tommy Cogbill. While she had largely covered standards while with Columbia, Atlantic would help her forge a new direction which allowed her to display her gospel roots and become one of the most important acts in R&B history.

One of her first endeavors at forging her new direction was a blues ballad called “I Never Loved a Man the Way I Love You”. The song topped the R&B charts for eight weeks, peaked at #9 on the pop charts, and gave Aretha her first gold single. During Aretha’s Atlantic stint, she sent more than 30 songs into the top ten of the R&B charts; 17 of those went to #1.

Aretha’s 1967 album I Never Loved a Man the Way I Love You also featured the classic “Respect”, a #1 pop and R&B song. The album comprised those first legendary recording sessions as well as recording she did in New York City. The “Queen of Soul” had been born.

Mahalia Jackson charted with “Move on Up a Little Higher”: January 24, 1948

The Reverend William Herbert Brewster composed “Move on Up” almost as a sermon in which he built up the imagery of a “Christian climbing the ladder to heaven.” WK It was originally intended for one of his religious pageants or passion plays. WK


However, the song also had a strong undercurrent about civil rights for “black Americans’ gradual ascent to economic and social power.” TM The reverend acknowledged that “There were things that were almost dangerous to say, but you could sing it.” TM


When it came to singing it, the task was put to Mahalia Jackson, “The Queen of Gospel.” She was born in New Orleans and, at age 16, moved to Chicago where she joined a Baptist church choir. In 1929, she met Thomas A. Dorsey, a composer often heralded as “The Father of Gospel Music.” Over the next decade and a half, she toured singing his songs.


While she gained a name for herself, it was after signing to Apollo in 1947 that she gained her greatest fame. In her hands, “Move on Up” transcended the boundaries of gospel music and thrust itself upon the secular world as well. It found an audience with whites and blacks alike, reportedly becoming the best-selling gospel song to date. NRR Her singing was accompanied only by the standard church instruments of piano and organ, but her “delivery has the rhythm of preaching and the force of a lightning storm.” TM She blended “the vocal styles of blues singers, such as Bessie Smith and Ma Rainey, with the heartfelt emotion and commitment common to traditional gospel singing.” NRR

With the passings of Etta James (see blog entry here) and Johnny Otis this week, the timing seemed right for a list of the best R&B acts of all time. Besides, today also marks the birthday of Sam Cooke (born January 22, 1931) who I consider the best soul singer of all time. However, the aggregated list says otherwise. Here are the results of 26 consolidated lists with R&B related awards and chart performance also included. 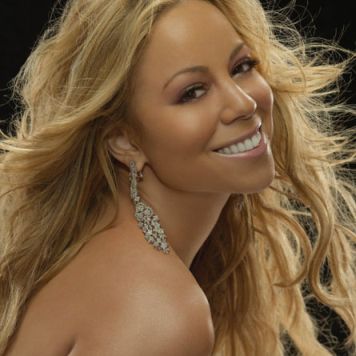 100 years ago: Harry MacDonough “Down by the Old Mill Stream” hit #1

Etta James, “one of the great voices of the 20th century who fused R&B with gospel and blues,” RS died January 20, 2012, less than a week shy of her 74th birthday. The Grammy winner was an inductee in the Blues Hall of Fame, R&B Foundation, and the Rock and Roll Hall of Fame. Her song “The Wallflower (Roll with Me Henry)” (1955), was inducted into the Grammy Hall of Fame, and “Tell Mama” (1967) was selected to the Rock and Roll Hall of Fame’s list of 500 Songs That Shaped Rock and Roll. However, she may be most associated with wedding favorite “At Last” (1961), a Grammy Hall of Fame inductee, National Recording Registry entry, and one of the top 100 jazz songs of all time according to the DMDB. At his inauguration, President Barack Obama and first lady Michelle Obama danced to “At Last” as sung by Beyoncé, who portrayed James in the 2008 film Cadillac Records.

James was diagnosed with leukemia in 2010 and battled other health problems such as drug addiction, dementia, and hepatitis C. At one point, she ballooned to a reported 400 pounds and then cut that weight in half. Lupe DeLeon, her longtime friend and manager, said “This is a tremendous loss for the family, her friends and fans around the world…She was a true original who could sing it all – her music defied category. I worked with Etta for over 30 years. She was my friend and I will miss her always.” CNN

She was born Jamesetta Hawkins in Los Angeles in 1938. Her teen mother largely abandoned her and never revealed the father’s identity, although James suspected it was famed pool player Minnesota Fats. CNN Johnny Otis, best known for the song “Willie and the Hand Jive”, discovered James when she was 14. She hit #1 on the R&B charts with “The Wallflower”, a song Otis wrote as an answer song to Hank Ballard’s “Work with Me Annie”.

Over the next decade, James charted a dozen top ten hits on the R&B charts, most with Chess Records. Her most successful run on the pop charts was “Tell Mama” with a #23 peak. She discussed her songs with CNN in 2002: “Most of the songs I sing, they have that blue feeling to it. They have that sorry feeling. And I don’t know what I'm sorry about.” CNN

She continued touring until sidelined by illness in 2009. She has been cited as an influence by current British singer Adele. In 2008, Bonnie Raitt told Rolling Stone, “There’s a lot going on [in] Etta James’ voice…A lot of pain, a lot of life, most of all, a lot of strength. She can be so raucous and down one song, and then break your heart with her subtlety and finesse the next. As raw as Etta is, there's a great intelligence and wisdom in her singing.” RS She also said, “Anybody who has a bluesy side to what they do can point to Etta James as the bridge between R&B, blues and pop singing.” UT

As James told Rolling Stone, “Life’s been rough…But life’s been good. If I had to go back and do it all over again, I would live it the exact same way.” RS