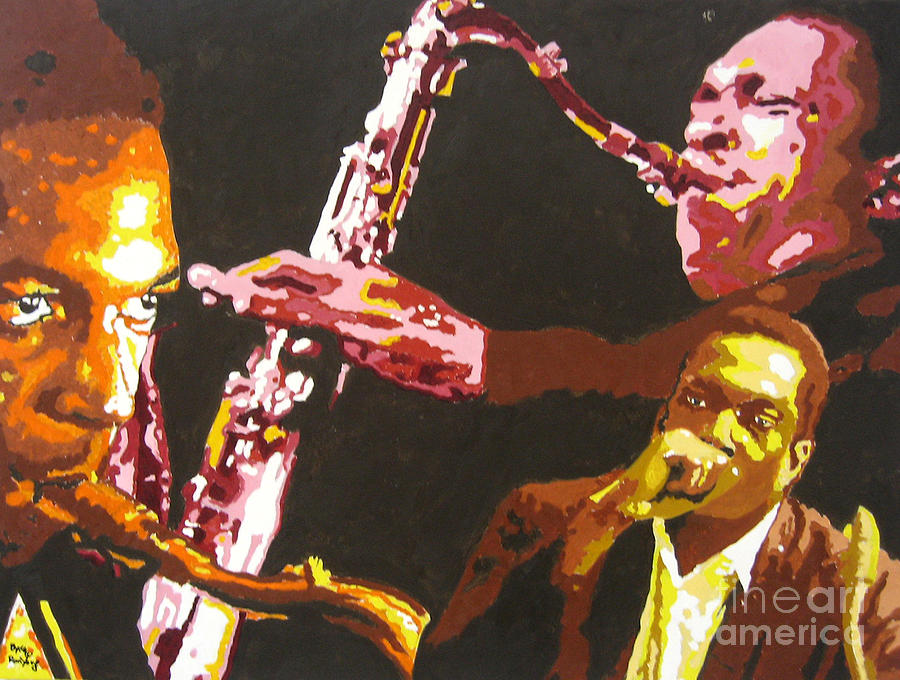 Review: “In the wake of Down Beat’s 1961-62 crusade against ‘anti-jazz,’ Coltrane stopped composing for a time and placated his audience and the critics with such conservative releases as Ballads, John Coltrane and Johnny Hartman, and Duke Ellington and John Coltrane.” NO At the same time, he “privately was undergoing a personal transformation, studying non-Western religions and practicing meditation. This period culminated in a powerful religious experience, captured in music as A Love Supreme.” NO “Beguiling and transporting, A Love Supreme reaffirms music’s ability to embrace the spiritual” WR and “made it possible for Coltrane and others to express religious feeling in jazz.” NO “He called this album his gift to God, and the profound craftsmanship he put into A Love Supreme surely secured him a place in the sweet hereafter.” RV

“A Love Supreme lacks the modal magic of Africa/Brass or the intense experimentation of Ascension, but it’s by far John Coltrane’s greatest work.” RV and “easily one of the most important records ever made.” AMG This “is a quartet at the height of its considerable individual and collective power.” WR They “created one of the most thought-provoking, concise, and technically pleasing albums of their bountiful relationship (not to mention his best-selling to date). From the undulatory (and classic) bassline at the intro to the last breathy notes, Trane is at the peak of his logical yet emotionally varied soloing while the rest of the group is remarkably in tune with Coltrane’s spiritual vibe.” AMG “It is the hymnic expression of a musician’s profound devotion – both to his craft and his God.” WR It was “his pinnacle studio outing that at once compiled all of his innovations from his past [and] spoke of his current deep spirituality.” AMG

The album “also gave a glimpse into the next two and a half years (sadly, those would be his last).” AMG “After groundbreaking work with Thelonious Monk and Miles Davis, Coltrane had taken flight as a solo artist. But after his monumental 1959 Giant Steps, he had taken his powerhouse ‘sheets of sound’ approach to the tenor saxophone as far as he could go.” TL

A Love Supreme is a four-movement suite which “represented a new approach – sparer, more fluid, more intense.” TL It “progressively describe in musical terms the course of Coltrane’s spiritual reawakening.” NO

“He begins his spiritual quest with Acknowledgement, a benediction of sorts that introduces his four-note theme.” RV It “is the awakening” AMG in which “Coltrane recognizes God’s omnipotence.” NO “At the end of this movement, as an expression of humility,” NO it “trails off to the famous chanting of” AMG “a love supreme.”

“Coltrane’s renewal is then tested in the second movement, Resolution,” NO “an amazingly beautiful piece about the fury of dedication to a new path of understanding.” AMG “He conveys here a sense of struggle by juxtaposing rising improvised chromatic lines with the insistently descending lines of the theme.” NO

“Pursuance is a search for that understanding” AMG in which “Coltrane depicts his triumph over adversity through use of rapid tempo, truncated phrases, and consistently rising lines.” NO

“The culmination of his saxophonic sermon comes in Psalm, during which he plays to the words of a prayer he wrote.” RV This piece “is the enlightenment,” AMG “Coltrane’s concluding song of thanks.” NO

This is Coltrane’s best “attempt at the realization of concept – as the spiritual journey is made amazingly clear.” AMG “Coltrane plays like no saxophonist before him, his instrument becoming a spirit-lifting vessel of permeating beauty.” RV “A Love Supreme remains one of the music’s most personal experiences. It is Coltrane opening his soul and laying it bare.” WR “It is almost impossible to imagine a world without A Love Supreme having been made, and it is equally impossible to imagine any jazz collection without it.” AMG

Posted by Dave Whitaker at 8:48 AM