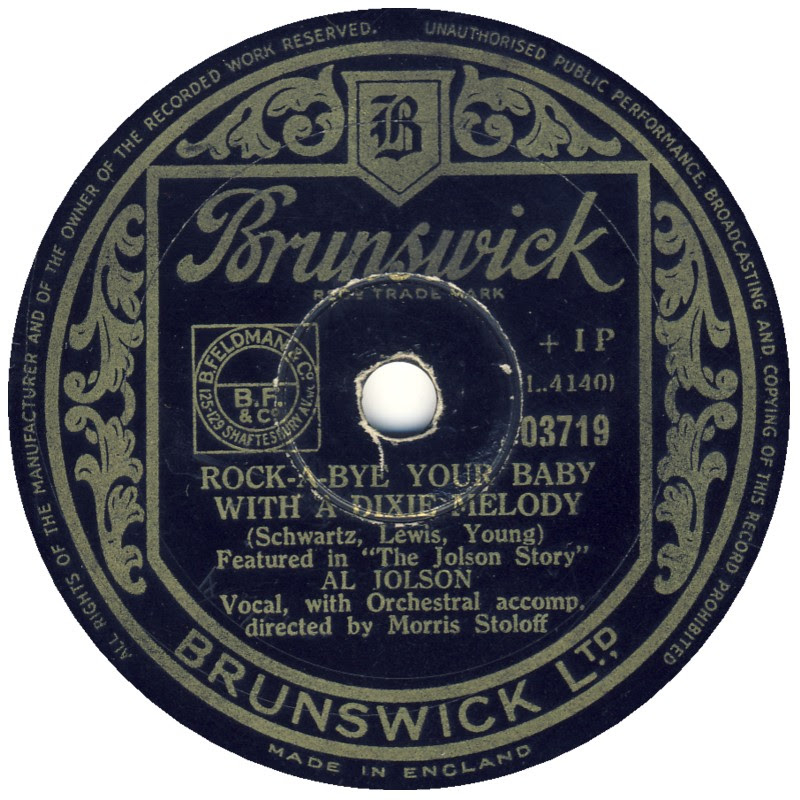 Review: Crooner Bing Crosby once said of “Broadway’s most charismatic performer,” “Nobody could sell a song like Jolson.” LW-40 “Rock-a-Bye” was one of his signature songs, debuting alongside 26 other musical numbers in the stage play Sinbad. PS The show, which starred Jolson in his familiar black face, LW-40 opened at the Winter Garden on February 14, 1918 and ran for 164 performances. PS

Jean Schwartz, who was a native Hungarian, wrote the music. His sister had studied under composer Franz Liszt and taught Schwartz to play piano. LW-40 The lyrics were penned by Tin Pan Alley writers Sam Lewis and Joe Young, who also wrote for the vaudeville circuit and penned hits such as “Five Foot Two, Eyes of Blue” and “Sitting on Top of the World.” Lewis had previously worked as a café singer while Young demoed songs for publishing houses. LW-40 The “Stephen Foster sound-a-like song” even mentions the famous writer’s “Old Black Joe” and “Swanee River.” RCG

Jolson took the song to #1 in 1918; that same year Arthur Fields’ version went to #9. Jolson integrated the song in his vaudeville act and performed the song in three films – 1939’s Rose of Washington Square, 1946’s The Jolson Story, and 1946’s Jolson Sings Again. The song was also featured in 1929’s The Show of Shows and 1944’s The Merry Monahans. PS