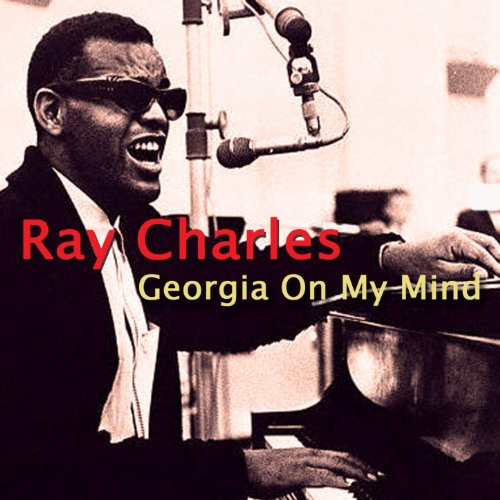 Ray Charles “Georgia on My Mind”

Review: Hoagy Carmichael, who critic Dave Marsh called “the most blues-inspired writer Tin Pan Alley produced,” MAMA-225 co-wrote the song back in 1930 and was one of the first to record it. MM-159 With classics like “Star Dust” and “The Nearness of You” on his resume, Carmichael was adept at crafting standards. Jazz saxophonist Frankie Trumbauer was the first to chart with the song, taking it to the top ten in 1931. PM-502 Mildred Bailey, who is often closely associated with the song, TY-55 went top 20 with it in 1932 as did Gene Krupa in 1941 PM-502 with an arrangement sung by Anita O’Day. MA-225 Fats Waller and Frankie Laine also made important recordings TY-55 and the Righteous Brothers, Wes Montgomery, and Michael Bolton all charted with pop versions of the song. In 1978, it gave Willie Nelson his fifth country chart-topper and a Grammy for Country Male Vocal. James Brown and Gladys Knight also recorded notable versions. MM-159

However, it is Ray Charles’ soulful version and double-Grammy winner – Best Male Vocal Recording and Best Pop Song Performance – which has become the most beloved and most successful. It was his driver, Tommy Brown, who suggested Charles record the song when he heard his boss crooning the song in the car. MA-225 The song fit perfectly on Charles’ project at the time – an LP comprised of songs with place names in the titles. RS500

The song has been interpreted as being either about the state or a woman. While Charles was born in Georgia, neither Carmichael nor Stuart Gorrell, the song’s lyricist and a New York banker, lived in the state. However, Carmichael had a sister named Georgia. SF The state of Georgia was happy to claim the song, though – they named it their official state song in 1979 and Ray Charles even sang it in the Georgia State Legislature. JA-62