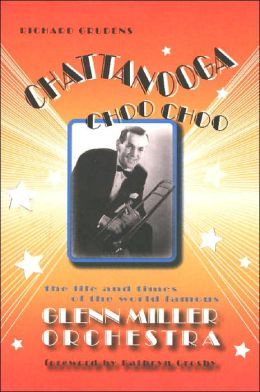 Review: The team of Mack Gordon and Harry Warren wrote the song while travelling on the Southern Railway. “Chattanooga Choo Choo” didn’t refer to a particular train, but Chattanooga, Tennessee, had been on the route for most trains passing through the American South since 1880. WK The song was used in the film Sun Valley Serenade, a story about a train travelling south from New York. SS-603 Tex Beneke and Paul Kelly from Glenn Miller’s band sang the song in the film with the Modernaires – but actress Dorothy Dandridge lent her pipes to the song in the film as well. SS-603 It was nominated for an Academy Award for Best Song from a movie in 1941.

A week after finishing work on the movie, the band went into the studio to record “Chattanooga Choo Choo.” SS-603 It became Miller’s biggest hit after “In the Mood.” In Recorded Music in American Life, William Howland Kenney notes how the song resonated with GI’s coming home. It reminded them “of the excitement of entering Penn Station, ticket in hand for a trip home, getting a shine, hopping board and…eat[ing] and drink[ing] while watching the Carolina countryside flash by.” SS-603

“Chattanooga” achieved the distinction of being the first record to be formally certified as a million seller. PM-311 although Gene Austin’s “My Blue Heaven” had accomplished the feat a dozen years earlier. SS-603 To celebrate the event, RCA Victor presented a gold-laquered facsimile disc to Miller on February 10, 1942. TY-105 Years later the Recording Industry Association of America picked up on the idea and awarded gold records to million-sellers. SS-603

In addition to Miller’s #1 version of the song in 1941, it found success in 1962 with Floyd Cramer’s #36 version and again in 1978 when the female disco quartet Tuxedo Junction took the song to #32. JA-35 Others who rcorded the song include the Andrews Sisters, George Benson, Cab Calloway, Ray Charles, Harry Connick Jr., Ray Conniff, John Denver, Bill Haley & the Coments, the Muppets, Oscar Peterson, Elvis Presley, and Hank Snow. WK “It remains a vocal-group standard.” JA-35