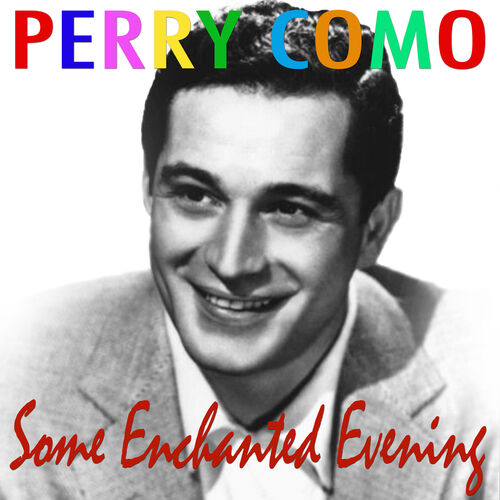 Perry Como with the Mitchell Ayres Orchestra “Some Enchanted Evening”

Review: The famed Broadway team of Richard Rodgers and Oscar Hammerstein had hits with Oklahoma! and Carousel before finding monstrous success with their musical South Pacific, based on James Michener’s Tales of the South Pacific - a collection of nineteen World War II Navy stories. With 69 weeks at #1, the cast album has spent more weeks atop the Billboard album charts than any other album. SS-610

At least part of that success is due to “Some Enchanted Evening,” “the single biggest popular hit to come out of any Rodgers and Hammerstein show.” WK Opera star Ezio Pinza, who played French planter Emile de Becque in the original Broadway production, sings the song to navy nurse Nellie Forbush as a declaration of love. Pinza won the Tony Award for Best Actor for his performance. He also took his version of the song to #7 on the charts, selling a million copies along the way. JA-176

However, Perry Como had the greatest success with his #1 version of the song, hitting the charts on April 30, 1949, just weeks after the show had debuted on Broadway. It was Como’s sixth time at the top and his eighth song to sell at least a million copies. PM-98 In addition to Como and Pinza, five other acts charted with their 1949 recordings of the song – Bing Crosby (#3), John Laurenz (#28), Frank Sinatra (#6), Jo Stafford (#4), and Paul Weston (#9). When the musical was made into a film version, Rossano Brazzi took on the role of Emile while Giorgio Tozzi dubbed the singing. His version of “Some Enchanted Evening” was ranked #28 on the American Film Institute’s “AFI’s 100 Years…100 Songs” list. WK

Others who have recorded the song include Harry Connick Jr., Bob Dylan, Art Garfunkel, Jay & the Americans (#13, 1965), Al Jolson, Willie Nelson, Barbra Streisand, the Temptations, and Andy Williams. WK The song was also featured on The Muppet Show (1977, sung by Bert to Connie Stevens), in the movie American Graffiti (1978, sung by Harrison Ford), and on the TV show Ally McBeal (2002, sung by Jon Bon Jovi). WK

Posted by Dave Whitaker at 2:42 AM