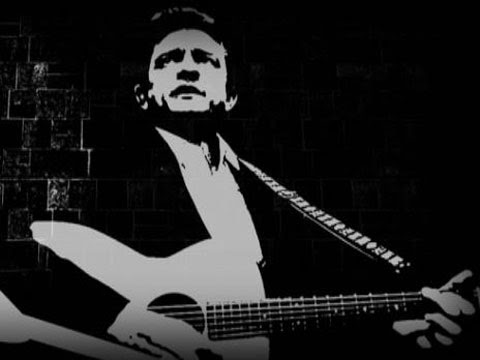 Johnny Cash ranks as one of the top 5 country artists of all-time according to Billboard magazine. However, in 1956, his career was barely underway. Signed to Sun Records, Cash had hit the charts with “Cry! Cry! Cry!” (#14), “So Doggone Lonesome” (#4), and “Folsom Prison Blues” (#4). With his fourth chart entry, “I Walk the Line”, Cash hit #1 on the Billboard country chart for the first time. Over the next thirty years, he sent well over 100 songs to the country charts, including his fourteenth #1, “Highwayman” (with Waylon Jennings, Willie Nelson, and Kris Kristofferson) in 1985.

The song’s unusual chord progression dated back to 1950. During Cash’s days in the Air Force in Germany, he wrote songs with the help of a tape machine. Five years later, he was fiddling around with it backstage while on tour with label mate Carl Perkins. Perkins said that Sam Phillips, the head of Sun, was looking for something different and that Cash should build a song around it. Cash didn’t come up with the idea for the song until he and Perkins talked later about guys running around on their wives while out on the road. Cash, who had a new baby and was newly married, said, “Not me buddy. I walk the line.” Perkins said, “there’s your song title.” CR

Cash recorded “I Walk the Line” with Perkins and his own regular Tennessee Two duo of guitarist Luther Perkins and bassist Marshall Grant. CR To get a more percussive sound from his guitar, Cash wound a piece of wax paper through the guitar strings. RS500 Cash has explained that he started each verse with an eerie hum to get his pitch since he had to change keys several times. SF He also sped the song up at Phillips suggestion. TB Bob Dylan said of the song, “It was different than anything else you had ever heard…a voice from the middle of the earth.” RS500

The song was Cash’s first taste of the Billboard Hot 100, going all the way to #17. It ranks as one of the top 1000 songs of the 20th century according to Dave’s Music Database. It also makes DMDB lists for the all-time country songs . It is in the Grammy Hall of Fame and makes the Rock and Roll Hall of Fame’s list of the Top 500 Songs That Shaped Rock and Roll.

Cash is rated by the DMDB as one of the top 100 acts of all time. He also makes DMDB lists of the all-time best singers and country acts. He is also a Country Music Hall of Fame inductee, a Rock and Roll Hall of Fame inductee and Grammy Lifetime Achievement Award recipient.