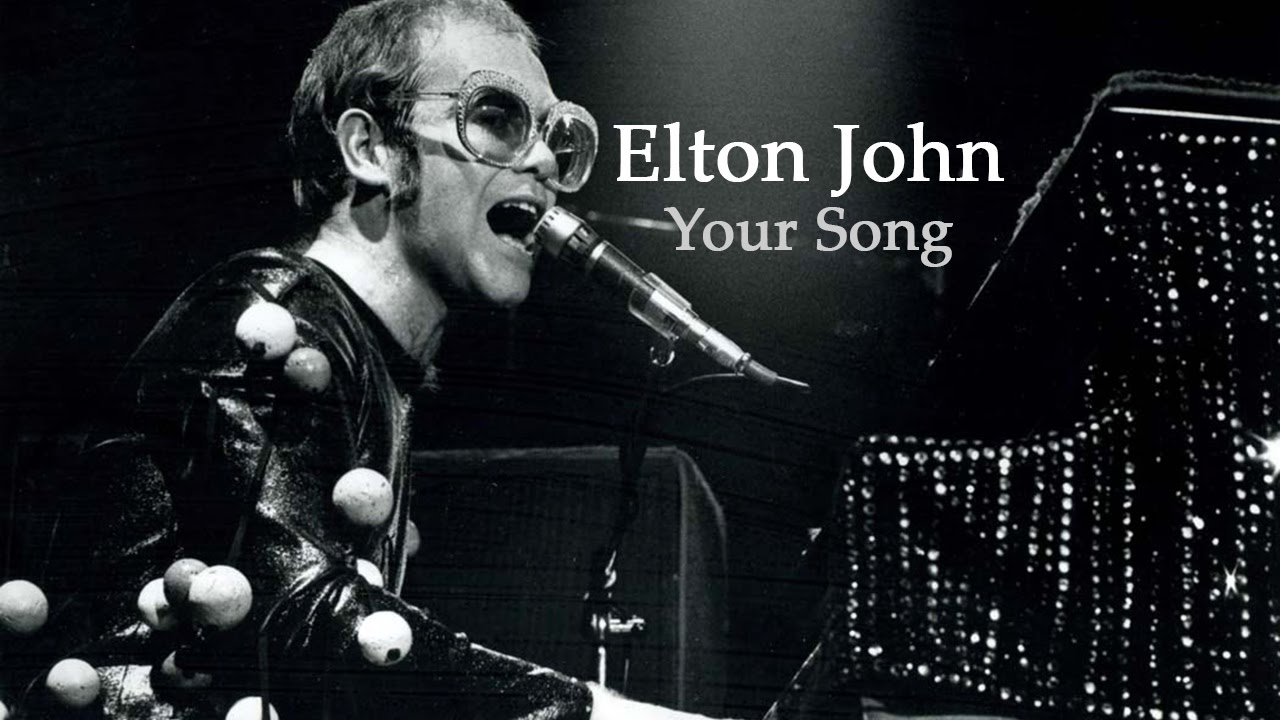 Review: Elton John established himself as one of the legendary singers in the history of rock ‘n’ roll, fed by a steady diet of lyrics supplied by Bernie Taupin in one of the great musical partnerships. The two met by chance when both responded to a talent ad placed by Liberty Records in New Musical Express. TB-123 The label wasn’t overly impressed with either of them individually, but saw potential in pairing them. They hit it off immediately “and one of pop’s most enduring collaborations was born.” BBC

As is common with successful artists, the pair’s first hit was the one that become their most beloved. BBC Taupin was all of seventeen when he crafted the words over a breakfast of scrambled eggs at Elton’s mother’s house. TB-123 Still, it took four years before the song became a hit. BBC In the meantime, Elton released three albums and five singles. TB-123 “Your Song,” released in conjunction with John’s second U.S. visit, TB-123 finally gave them their breakthrough and “put Elton John on the map.” CR-827

The song is built around “Elton’s uncomplicated music” BBC and “Taupin’s unpretentious lyrics,” BBC which, in this case, were “unusually direct.” CR-827 The “hugely romantic, everyman love song” MC is “playfully self referential, deliberately awkward, mock inarticulate.” MC No one but an awkward teenager, who as Taupin said, “had never got laid in his life,” BBC could have captured the striking innocence behind the song. BBC While Taupin insisted that the song wasn’t directed at anyone particularly, Elton has maintained that one of Bernie’s old girlfriends was the inspiration. RS500

Producer Gus Dudgeon and string arranger Paul Buckmeister also deserve some credit for the song. They were able to give the song “a lush soundscape that was neither saccharine middle-of-the-road nor too avant-garde.” CR-827