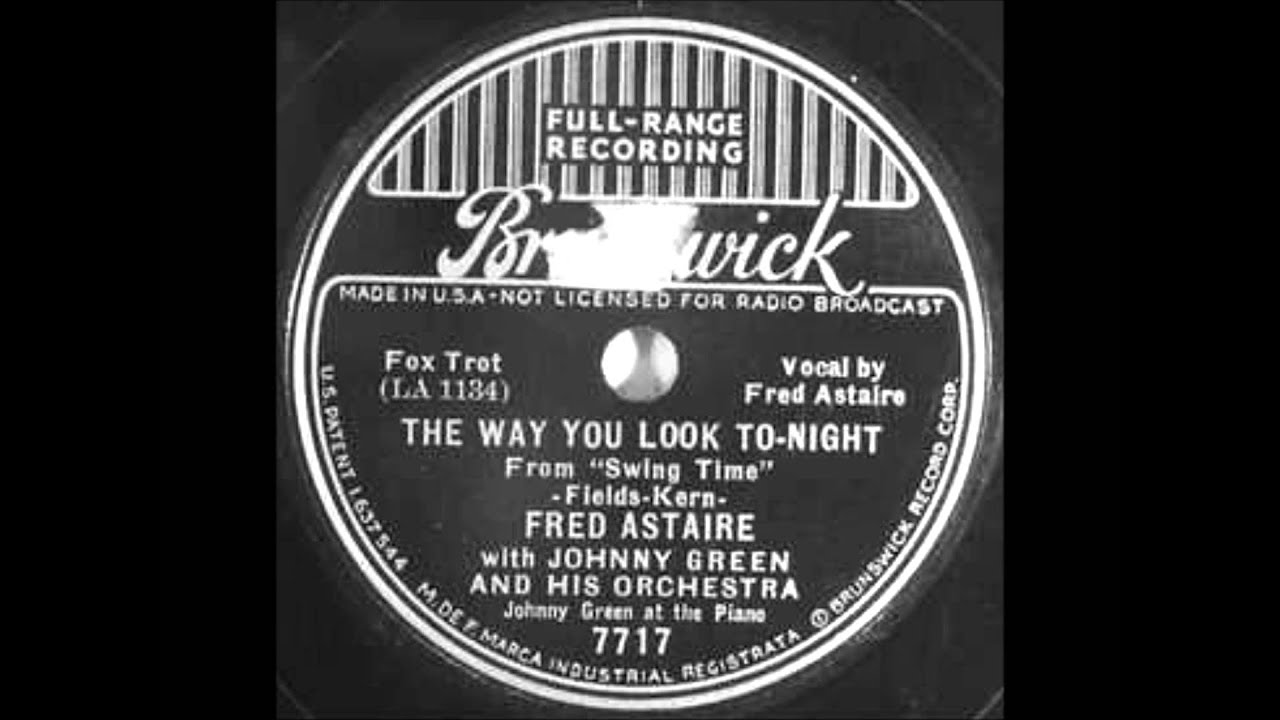 Review: The 1936 Academy Award winner for Best Song was crooned by Fred Astaire to Ginger Rodgers in Swing Time while she shampooed her hair. In the movie, she emerges from the bathroom in a robe, so smitten by his declaration of love that she forgets about her lathered-up scalp. When he looks up from the piano after the last line, he’s startled to see her there. She flees in embarrassment, now aware of her sudsy look.

The moment made for a cute, romantic moment which perfectly fit Dorothy Fields’ “gentle lyric [which] made the song as singable to a child as to a sweetheart.” MM-154 Fields started crying when Jerome Kern first played her the melody. “I couldn’t stop,” she said. “It was so beautiful.” SB

Astaire charted with the song in 1936 (#1), as did Guy Lombardo (#3) and Teddy Wilson with Billie Holiday (#3). Benny Goodman charted (#21) with it in 1942. It has also been recorded by Betty Buckley, John Coltrane, Neil Diamond, Billy Eckstine, the Lettermen, and Betty Carter with Ray Bryant on piano. MM-154 It has enjoyed additional movie success, most notably in the 1997 Julia Roberts’ film My Best Friend’s Wedding. MM-154

“Tonight” actually has no verse, which isn’t unusual for a Kern song, but at 44 bars, it is also a long song. SB The “long, open melody and characteristic key change” MM-154 has made the song “a jazz and cabaret standard.” JA-206

Posted by Dave Whitaker at 5:10 PM