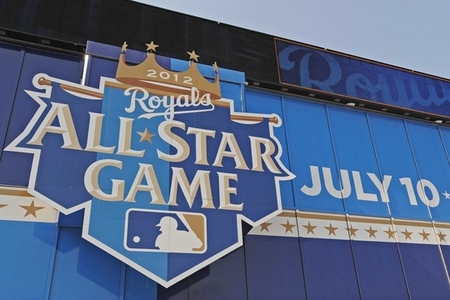 As a nearly lifelong Kansas Citian, it is exciting to see the city play host to the 2012 Major League Baseball All Star game. You can bet the quintessential baseball song will be trotted out at Kauffman Stadium, but most people don’t know the history it.

“The unofficial anthem of American baseball” RCG and what has been “affectionately referred to…as the ‘other’ national anthem” SH stands as “one of the most easily recognized songs in America,” SH behind only “Happy Birthday” and “The Star Spangled Banner.” SH

Surprisingly, neither the song’s composer (Albert Von Tilzer) nor lyricist (Jack Norworth) had ever seen a baseball game prior to writing the song. PS Rumor has it that Norworth’s lyrical inspiration came from a sign reading “Baseball Today – Polo Grounds” which he saw while riding the subway. SH

The song has become a “seventh inning stretch requirement” PS which has been sung at nearly every U.S. professional baseball game for the last 100 years, PS but it got its start on vaudeville where Norworth’s wife, singer Nora Bayes, introduced it. JA In 1908 Billy Murray’s recording of the song with the Haydn Quartet became the biggest song of the year. WHC Harvey Hindermeyer and Edward Meeker also had top 5 hits with their 1908 recordings of the song. PM

Most people only know the refrain, but the full song showcases a story in which Katie tells her beau she would rather go to a baseball game than a show, only to find her team losing. RCG Norworth “shrewdly crafted [the words] so as not to name or favor any one team” SH while Von Tilzer gave the song its “waltz-like rhythms and unforgettable melody.” SH

Resources and Related Links:
Posted by Dave Whitaker at 5:33 PM