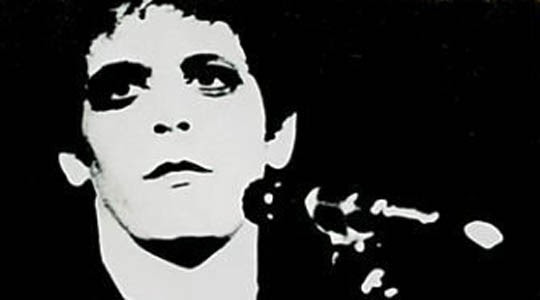 Rolling Stone reports that rock iconLou Reed has died. According to TheGuardian.com, the death has been confirmed by Reed’s UK music agent, Andy Woolliscroft. While no official word has been offered on the cause, he underwent a liver transport earlier this year. He is survived by his wife, performance artist Laurie Anderson, who he married in 2008. He was 71.

Reed was born Louis Firbank on 3/2/1942 in Long Island, New York. Sometimes dubbed “The Godfather of Punk,” the experimental singer/songwriter’s influence dates back to the 1960s when he helmed the Andy Warhol-produced art-rock group, The Velvet Underground. They never sold much, but their impact on the music world was immeasurable. Producer and musician Brian Eno famously quipped, “The first Velvet Underground album onl y sold 10,000 copies, but everyone who bought it formed a band.”

The group was short-lived, but Reed embarked on a 40-year-plus solo career marked by classic albums like Transformer and Berlin, both of which rank in the top 1000 albums of all time according to Dave’s Music Database. DMDB Top 1000 song “Walk on the Wild Side” became an ode to the seedier and trampled-upon outsiders of society who populated Reed’s world. In regards to Reed’s impact on the music world, RollingStone.com’s Jon Dolan said, “Glam, punk and alternative rock are all unthinkable without his revelatory example.”

Alternative-music website SlicingUpEyeballs.com posted tweets from various musicians. The Pixies’ Black Francis simply said, “Rock and roll forever.” Lloyd Cole said, “Without Lou…I’d probably be a maths teacher.” Dave Navarro called him “one of my all time heroes.” Billboard.com also reported tweets from The Who: “R.I.P. Lou Reed. Walk on the peaceful side” and the Red Hot Chili Peppers’ Flea: “I love Lou Reed so much. Always.” Jim James, frontman from My Morning Jacket, said, “You made the world a better place. We are forever grateful.” Russell Simmons, who co-founded the Def Jam label, said, “New York lost one of our greatest gifts today.”

Walk on the Wild Side