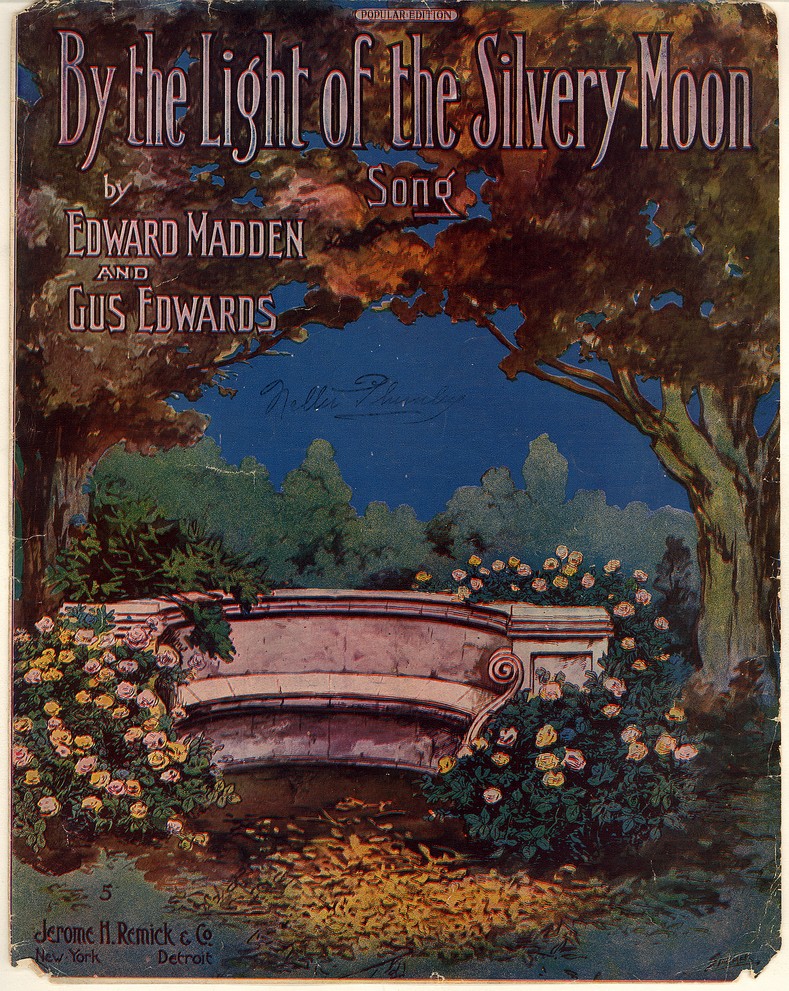 Edward Madden crafted the words for “By the Light of the Silvery Moon” around Gus Edwards “somewhat dreamy music that lends itself to soft shoe.” RCG Its “moon-June-croon rhymes” are “cliché by today’s standards,” RCG but were representative of the Tin Pan Alley era which dominated music in the early 1900s.

The song first surfaced on stage in a performance by Lillian Lorraine and was also a vaudeville hit by Georgie Price in the School Boys and Girls revue. JA In 1910, three versions of the song charted. The Peerless Quartet and Ada Jones each got to #2, but Billy Murray’s recording with the Haydn Quartet hit #1.

As big as their song was – it spent 9 weeks at the summit – it wasn’t the biggest hit for either Murray or the Haydn Quartet. In 1909, the Haydn Quartet peaked at #1 for eleven weeks with “Put on Your Old Grey Bonnett.” Murray’s biggest hit was just around the corner – just a couple months later, his take on “Casey Jones” with the American Quartet would also spend eleven weeks on top. PM

“Silvery Moon” proved to have stamina beyond that year, however. In 1942, the song enjoyed a revival with Ray Noble’s #12 version PM and the song resurfaced again in 1953 when Doris Day and Gordon MacRae sang it in a film of the same name. The song has also become a glee club and barbershop quartet standard. RCG

By the Light of the Silvery Moon

Awards:
Resources and Related Links:
Posted by Dave Whitaker at 9:55 AM