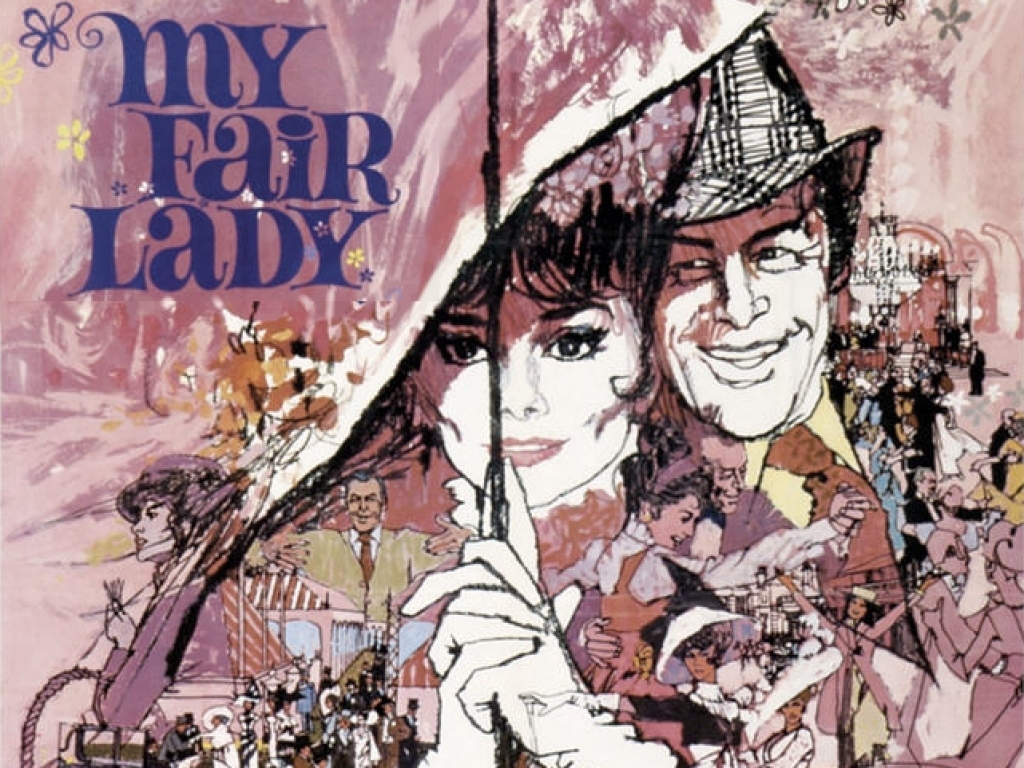 My Fair Lady is “the crowning achievement” AZ for lyricist Alan Jay Lerner and composer Frederick Loewe. Some consider it to be “the most perfect stage musical ever.” CL “It boasts a magnificent score…witty, intelligent, beautiful, and romantic.” NRR This is “a collection of performances that long ago became a ubiquitous and indispensable fixture of American musical theater.” AZ


The musical was an updated version of George Bernard Shaw’s Pygmalion, a story about “the mythic Greek figure who falls in love with his sculpture.” TM In My Fair Lady, the story focuses on “the relationship between an elocutionist” R-C and “pre-World War I London flower girl Eliza Doolittle, who aspires to a better accent and the social advantages that will come with it.” R-S Its 2,700 performances “gracefully spanned the Eisenhower and Camelot eras, then begat a wildly popular film version, whose 1965 Best Picture Oscar capped the show’s decade of prominence.” AZ


The cast album “captures landmark performances by Julie Andrews, Rex Harrison and Stanley Holloway.” NRR Andrews was a “twenty-year-old revelation” ZS as “the fairest of all ladies,” ZS making the “loverly…score soar” ZS with her “glorious voice and emotional range.” ZS Harrison is “effortlessly charming” ZS in his recreation of the stage role as “Professor Henry Higgins (he had also appeared in the film adaptation of…Pygmalion.” R-S


“The show yielded an astounding number of songs that became standards, including the luminous I Could Have Danced All Night and I’ve Grown Accustomed to Her Face.” TM Among the other gems in this “embarrassment of riches,” AZ including On the Street Where You Live, The Rain in Spain, Wouldn’t It Be Loverly, and Why Can’t the English?.

For the movie version, Harrison and Holloway were back again, but Andrews wasn’t deemed enough of a star although “embarrassingly, by the time the movie opened, Mary Poppins had made her more than enough of a star to do so.” R-S Audrey Hepburn stepped into the role with the singing voice dubbed by Marni Nixon, who “was an accomplished Hollywood voice ghost, having previously sung for Deborah Kerr in The King and I, Natalie Wood in West Side Story, and Rosalind Russell in Gypsy.” R-S


Ultimately the soundtrack paled to the cast recording, which was considered critically and commercially more successful. The cast recording sold 8 million copies in the U.S. and topped the Billboard charts for 15 weeks. It also spent 19 weeks atop the UK charts.

Posted by Dave Whitaker at 5:36 PM