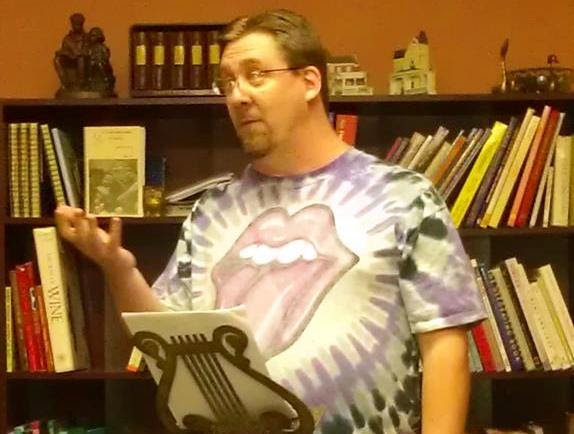 Thursday, April 19, 2012, 7:00pm: I will be reading selections from my music books The Top 100 Songs of the Rock Era and No One Needs 21 Versions of “Purple Haze” at Boozefish, a wine bar in Kansas City. For those in the Kansas City area, drop by! Here are the details as posted in the original Facebook invitation. For those who can’t attend or those who want a sneak preview, I am offering up a glimpse of the performance here. Enjoy!

My name is Dave and I have a problem. I am a music geek. This is a terrible affliction which may render its victims unable to have a conversation without slipping in bits of music trivia. We embarrassingly dress like we still think we’re teenagers – jeans and rock T-shirts – even if we’re well into our forties. We can be found at bars, concert venues, or in basements huddled in front of computer screens downloading songs. Today I feel it is my responsibility to teach you “How to Spot the Music Geek.” If you know the warning signs, maybe you can help a music geek become a semi-functional human being who is a somewhat productive member of society. Please help – before it’s too late.

1. Ways to Spot a Music Geek: Seek them out in their natural habitats.

Once upon a time, record stores were the easiest place to find music geeks. Sadly, many music stores have closed. My in-the-works music-themed novel tentatively titled Music Lessons from The Pit is tied around the closing of a music store. In 2007, “The Pit” could no longer compete in the digital age. As a last hurrah, the main character (Gil) and his college friends from the ‘80s are reuniting to celebrate their favorite hangout from 25 years ago. While driving there he plays songs from the era which bring back old memories. Think of this book as a sort of High Fidelity meets The Big Chill. The chapter, “Blue Monday”, introduces the reader to “The Pit.” Read it here.

“My advice is, don’t spend money on therapy. Spend it in a record store.” – German film director Wim Wenders

2. Ways to Spot a Music Geek: They often huddle in groups.

Music geeks often travel in packs, largely because of their inability to form normal relationships with everyday human beings. My second reading focuses on a dinner I had with three friends. I turned it into an article for my Aural Fixation column for PopMatters.com. Read it here. 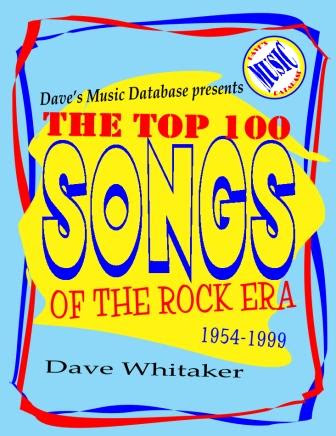 Think of music geeks as savants. They may lack the skills to carry on normal conversation or be functioning members of society, but they excel in one area – the ability to completely bore the average adult with incessant music trivia. The most severe cases even write entire books devoted to the stuff. It should be noted that music geeks don’t necessarily have any actual music talent.

“I haven’t understood a bar of music in my life, but I have felt it.” – Igor Stravinksy

Here’s what I say in the introduction of my book, The Top 100 Songs of the Rock Era.

I couldn’t find middle C on a piano if my life depended on it. In instrumental music in 5th grade, I failed to grasp that the intent was not to saw away at all the violin strings at once. Even the recorder exceeded my abilities. Some people are born to play an instrument. Others are born to play the radio. I had no hope of ever joining a band, but would become adept at babbling about bands more than any normal human being would ever care to know.

For that book, I actually used a very objective method for determining which songs were featured. I aggregated hundreds of best-of lists along with chart data, sales figures, and awards to determine the top songs of the last half of the 20th century. As a sample, read here to see what I said about The Rolling Stones’ “(I Can’t Get No) Satisfaction.”

4. Ways to Spot a Music Geek: Plain and simple, they love music.

This is the most universal aspect of the music geek. We can all relate to having a favorite song or favorite group. It’s just that the music geek takes it to dangerous levels. For example, check out the title essay of my collection No One Needs 21 Versions of “Purple Haze”.

“Music is my religion.” – Jimi Hendrix

5. Ways to Spot a Music Geek: They can be pretentious snobs.

One of the lessons I’ve learned over the years is to try not to attack someone’s musical tastes. Frankly, I think it is more dangerous than discussing religion, politics, and sex. Music is ingrained in who we are and to criticize one’s music is to criticize that person’s very soul. In that spirit, I wrote “The Styx Defense,” which is also featured in No One Needs 21 Versions of “Purple Haze”. Read here.

“Without music life would be a mistake.” – Friedrich Wilhelm Nietzsche