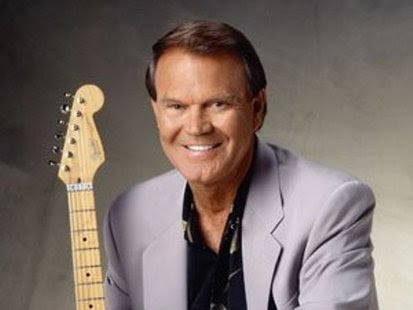 Glen Campbell worked as a session guitarist in Los Angeles in the 1960s and even served as a vocalist with the Beach Boys for a short time. His big break as a solo artist came in 1967 when he recorded a song by Jimmy Webb called “By the Time I Get to Phoenix”. The song was a #2 country hit.


Campbell turned to the man he’d called “the best musical poet to come out of America” CR for another gem. It proved to have immense crossover appeal, hitting #1 on the country and adult contemporary charts as well as going top 10 on the top charts in the U.S. and U.K. It was also nominated for a Grammy for Record of the Year.


Webb was inspired by a real-life event to write his tune about a lonely telephone line repairman who ironically labors to ensure that others stay connected. He was driving through a remote area of northern Oklahoma and was struck by the image of a lineman working on a telephone pole out in the middle of this flat, remote area which was “almost surreal in its boundless horizons and infinite distances.” CR


In “just two short verses and one chorus, [it] says as much in them as many authors say in a lifetime.” BBC The music, which included Webb playing Hammond organ, matched the story with its “somehow vast and yet empty soundscape.” TB Webb told Campbell later that “Phoenix”, “Lineman”, and Campbell’s other Webb-penned hit “Galveston” were all about the same character. TB

Email ThisBlogThis!Share to TwitterShare to FacebookShare to Pinterest
Labels: By the Time I Get to Phoenix, Galveston, Glen Campbell, Jimmy Webb, Wichita Lineman