And This Year's Rock and Roll Hall of Fame Inductees Should Be... 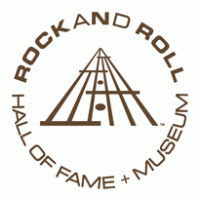 So who has been unfairly overlooked? If the DMDB was in charge of the 2012 inductees, these would be the five to get in. Note: click on acts’ names to see their entries in the DMDB music makers’ encyclopedia.

In February, I wrote a blog entry entitled Why Kiss Belong in the Rock and Roll Hall of Fame. I’m actually not a Kiss fan, but my argument is that it is impossible to overlook a band that is the embodiment of rock and roll. The popular criticism is that the band uses elaborate stage shows to mask an absence of substance. They may appeal to the crotch, but not the head. Any self-respecting adult would have long ago purged their collections of any traces of the group. Uh, note to the Rock Hall – apparently you’ve forgotten how much of rock and roll is about music which appeals to young adults because it is all about sex and over-the-top showmanship. By the way, once Kiss gets in, make way for the New York Dolls, Judas Priest, and Iron Maiden. That also opens the door to hair bands. Most worthy of induction are Bon Jovi and Def Leppard. 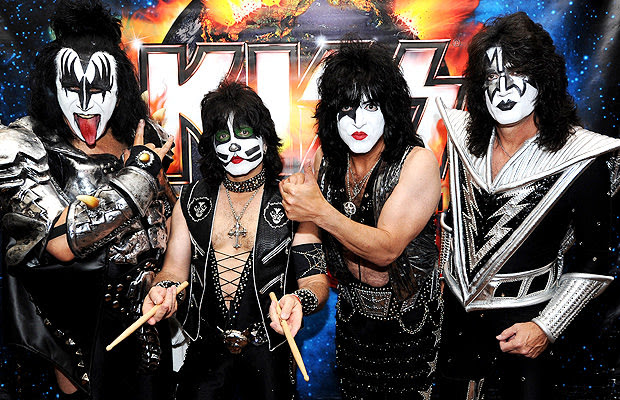 Earlier this month, I wrote a blog entry about Parsons (Country-rock pioneer Gram Parsons died: September 19, 1973). That offers a brief overview of Parsons’ contributions. To sum it up here, writer Radley Balko argues that “Parsons may be the most influential artist yet to be inducted in either the Rock and Roll or Country Music Hall(s) of Fame”. The man who has been called “The Father of Country Rock” has four DMDB top 1000 albums – his own G.P. and Grievous Angel as well as The Byrds’ Sweetheart of the Rodeo and The Flying Burrito Brothers’ Gilded Palace of Sin. Groups like the Eagles and Poco owe their very existence to the foundation he helped build.

Rufus over Rush? The Hall has rightly acknowledged many R&B acts who have significantly shaped rock and roll. In its first two years, the Hall inducted Ray Charles, James Brown, Sam Cooke, Aretha Franklin, Marvin Gaye, and Louis Jordan. However, years after the R&B base has been more than acknowledged, the Hall continues to hail R&B acts (the 2012 nominees include Rufus, The Spinners, War, and Donna Summer) at the expense of acts which have been rock first and foremost. This is glaringly apparent when it comes to progressive rock. The Hall has an obvious bias against it, having only inducted Genesis from the genre. Still failing to receive acknowledgement are Rush; Yes; King Crimson; Jethro Tull; The Moody Blues; and Emerson, Lake & Palmer. All of these acts are worthy, but if I could only pick one, I’d go with Rush as the act who best transcended the genre to appeal to hard rock and heavy metal audiences as well. 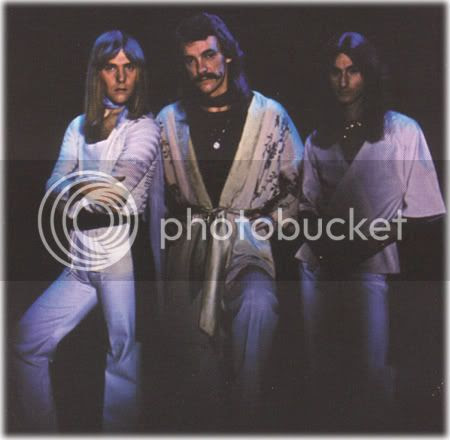 The Cure gets a nod this year and I think they are worthy of Hall induction – but not before Joy Division. These two groups most define the genre of goth rock, but Joy Division got there first. In a previous blog entry, I called them “one of the most important post-punk bands for creating the template for goth music” (Joy Division’s “Love Will Tear Us Apart charts: June 28, 1980). They only released two studio albums and gained a much wider audience in their re-incarnated-as-New Order form, but in launching goth rock, Joy Division also laid the platform on which much of ‘80s alternative rock – including The Cure – was formed. While we’re focused on groups who laid the foundation for the alt scene, The Smiths and Sonic Youth belong on the short list of acts which should be ushered in right after Joy Division.

There’s still plenty of others worthy of Hall attention. I seriously considered giving this fifth spot to an artier, influential band like Kraftwerk, Roxy Music, Big Star, or Captain Beefheart. There’s also a serious case to be made for Stevie Ray Vaughan, that rare artist who moved an entire genre (the blues) forward while paying homage to its roots. However, the biggest and baddest act left deserving of enshrinement is Deep Purple. This would give the 2012 class a real dose of something the Hall has too long neglected – ROCK AND ROLL. What rock fan wouldn’t salivate at the idea that Deep Purple, Kiss, and Rush could all share a stage that night? The idea of a post-jam celebration including “Hush”, “Rock and Roll All Nite”, and “Tom Sawyer” just boggles the mind. Resources and Related Links:
at September 28, 2011