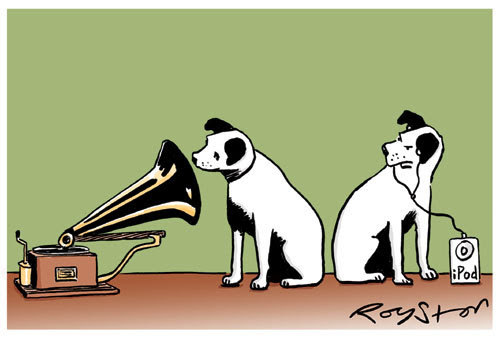 If the Chicken Little music industry pundits are to be believed, the sky is falling. A business which makes billions of dollars a year can’t stop whining about how illegal downloading, streaming, and Internet radio are sending them to the poor house. There’s one problem with their complaints – we’ve been hearing them since the beginning of recorded music history more than a century ago. I blame Thomas Edison. Thanks to his indefatigable curiosity and perpetual instinct to invent, he steered the world into the dawn of a new age: recorded music history. In 1877, he laid down a recitation of “Mary Had a Little Lamb”, and shortly thereafter, we fell down the rabbit hole.

If it weren’t for his voice-recording phonograph, we might not presently be enduring the horrible curse of being able to listen to any music we want anytime, anywhere, and any way we choose. Damn you, Mr. Edison! Look what fury you hath wrought!

Edison ruined the music industry – or at least how the form in which it was known 136 years ago. Before the invention of sound recording, the music business was built on sheet music sales. Once Edison let the cat out of the bag, the big bucks moved to recording music, away from sheet music distribution.

“The music business was in turmoil at the turn of the century. Technological innovation had made songs much easier to copy, and established artists foresaw their sales plummeting. The companies that had once dominated the industry were rapidly losing ground to upstarts who produced new devices for playing music. The established companies urged Congress to tighten up the law to prohibit copying, while the innovators argued that any such change would only harm consumers.”

Here’s the kicker. While this sounds like a modern assessment of the music industry, it actually describes the state of the business in 1900. Record execs haven’t stopped griping since.

So let’s take a look at the current reasons why a multi-billion-dollar industry would have the public belief the whole system is falling apart – and when these supposedly new problems first surfaced.

We’ve heard for more than a decade how the compact disc is suffering a slow death at the hands of the MP3. Clearly this is a late-20th/early-21st century development, right? Uh, no. Try 19th century. 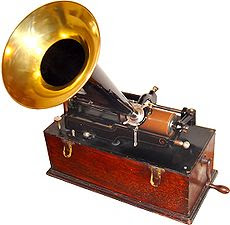 Within roughly a decade of Edison’s invention of the phonograph, Emile Berliner thrust his alternative, the gramophone, upon the world in 1888. It relied on a disc instead of a cylinder, thus introducing the first “my format’s better than your format” battle.

The industry can’t compete with free, or nearly free distribution of music.

Record companies have lobbed their legal heft at Internet radio and streaming services like Pandora and Spotify in the claim that such services are ruining the recording industry. However, radio first “threatened” the music business over 80 years ago.

The ‘20s saw the mass-production of commercial radio. Record companies were so terrified of the new medium that they signed their major artists to contracts forbidding them from doing radio work. As we all know, once every household in America had a radio, recorded music went away forever.

Oh, wait. It didn’t. As has happened dozens of times, the music industry adapted – even if it had to get over its initially panicked reaction, first – and transformed radio into a means to promote music sales.

As for the effect of modern-day services like Pandora and Spotify, Hugo Vanessen notes in a Storify.com article (“The Effect of Spotify and Pandora on the Music Industry”, March 2013) that the International Federation of the Phonographic Industry (IFPI) said sales actually saw a slight rise in 2012 after 14 years of decline. The article suggests the industry may owe the turn of fortune to Spotify and Pandora. Spotify founder Daniel Ek is quoted in the article as saying, “Old media are always afraid of new media… because when a new media appears on the scene you have to change in order to keep up.” In other words, if the industry would stop panicking and embrace progress, it would be much better off.

No one will buy music if they can listen and share for free.

This brings us to the dumbest move in the music business in recent memory. After Napster hit in 1999, peer-to-peer file sharing exploded. Convinced illegal downloading would bring the industry to its knees, record companies screamed bloody murder and got the Recording Industry Association of America (RIAA) to take on the image-shattering move of suing everyday music fans. After all, if your customer is fleeing from your company, the best way to woo them back is to chase them down with a legal machete and mercilessly (and publicly) flog them, right?

As far back as the 1890s, the invention of the jukebox meant no one needed to buy music for their home ever again. At the height of its popularity in the ‘50s, the jukebox was a staple at diners and drive-ins. Teens could hang out with friends at the local burger joint and wait for someone else to drop a dime to listen to the latest rock ‘n’ roll chartbuster. Ah, that fateful day when the record companies announced they were closing up shop for good because no one was buying music, anymore.

Oh wait. That didn’t happen? Well, at least not until blank cassettes threatened to destroy the sale of the beloved LP. The record honchos got the 1909 Copyright Statute amended in 1971 so that those horrible teens who swapped albums with friends could be chased down with legal machetes and mercilessly (and publicly) flogged. Wait – is anyone else experiencing déjà vu? 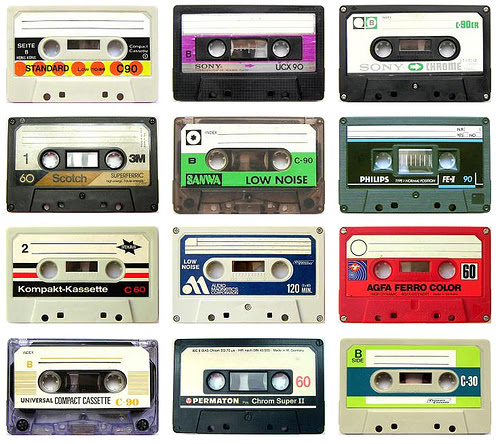 Don’t shed too many tears for those poor record execs. In the ‘80s, they pulled off a major coup: a percentage of the profits from the sale of every blank tape. Once again, they managed to weather the storm.

The availability of individual songs will kill the album.

In 1948, the 12” disc, better known as the LP, was introduced. Within three years, a 7” format – the single – hit the market. The funeral procession for the death of the music industry began immediately. 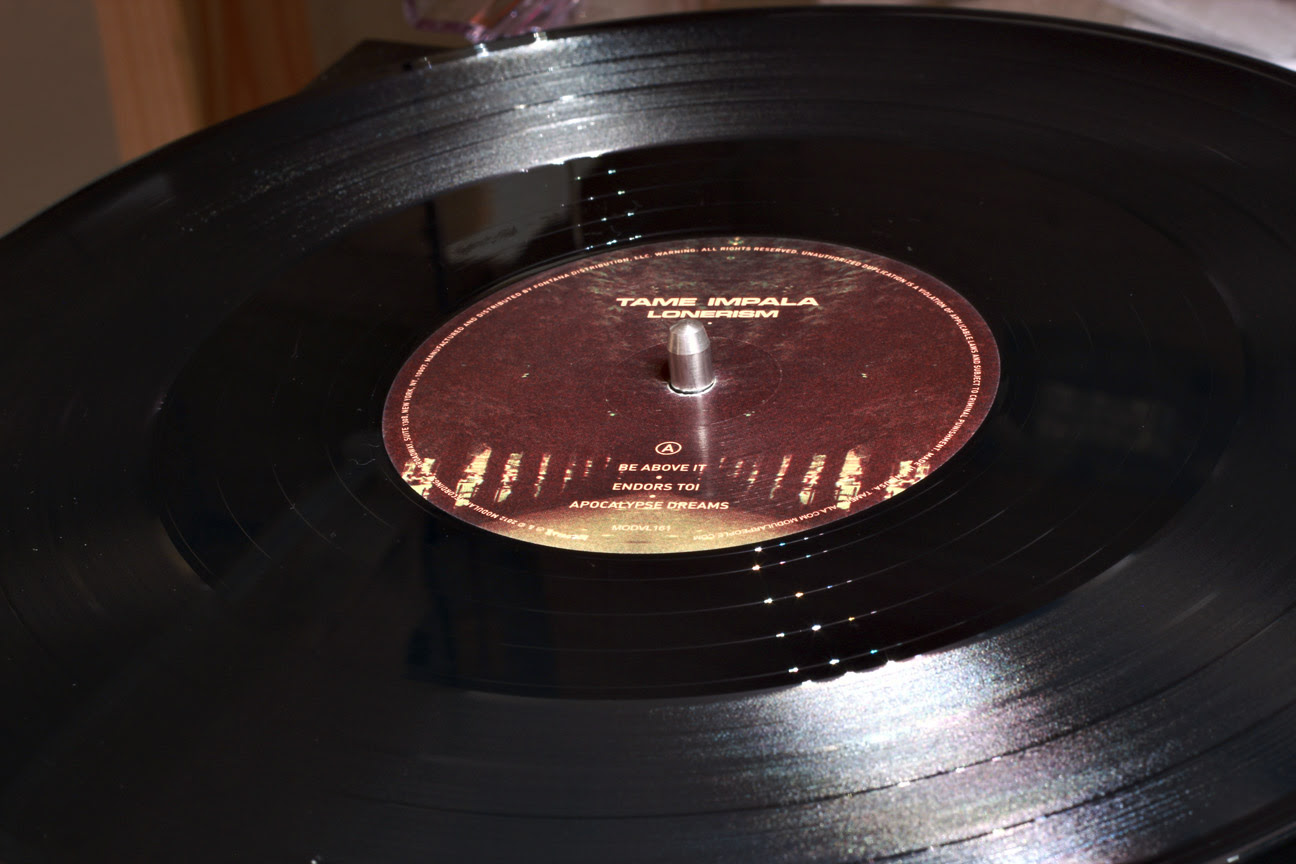 Yeah, yeah. I think you see the pattern by now. The reality was that both formats stuck around for decades and gave customers choices. Of course, with billions of potential bucks to be made, the record company fat cats considered customer choice a negative factor on their bottom lines and set out to destroy the single.

In the ‘80s, blockbuster albums like Michael Jackson’s Thriller, Bruce Springsteen’s Born in the U.S.A., and Prince’s Purple Rain generated hit after hit and sent fans to record stores in droves. By the ‘90s, record company execs made a concentrated effort to squash the single, often creating massive radio hits (No Doubt’s “Don’t Speak”, Goo Goo Dolls’ “Iris”) which weren’t available as commercially available singles. Fans had no choice but to buy the more expensive album.

The CD Era: Death of the Single,
image from blogs.houstonpress.com

Think of it like this. If you go to the grocery store to buy potatoes, they are available individually or by the bag. In the digital age, the return of customer choice – and the ability to buy one song at a time – sent the music biz into a tizzy because it can no longer sell you a sack of potatoes when you only want one. Let the violins play.

I won’t deny that record companies have taken a hit in the 21st century. However, for all their finger-pointing, they may be pointing at the wrong culprits. In an ABC.net article (“The real reason why the music industry collapsed”, 25 May 2012), Nick Ross graphs the number of albums sold per person from 1973 to 2009. There’s an obvious spike in the ‘90s to more than five album purchases per person. The number peaked in 1994, so when Napster launched five years later, the numbers were already in decline. Numbers dipped back to pre-‘90s levels of two to four album purchases per person. The record industry didn’t so much tank as return to normalcy.

Matthew Lasar acknowledges in an arstechnica.com article (“Did file-sharing cause recording industry collapse? Economists say no”, 23 March 2011) that global recorded music sales had dropped to about $15 billion in 2010 after being just shy of $27 billion in 2000. However, he argues, these numbers coincide with a global economic downturn in the ‘00s.

A graph at Ultimate-Guitar.com (“Why Music Industry Observations Suck”, 1 November 2011) looks at US sales dating back to 1999 up to projected sales for 2014. It suggests that since 2009, sales have practically leveled off to just shy of $6 billion a year.

Wake up, music industry folks. Technology and consumers are constantly evolving. Instead of fighting to derail technological advances in the music industry you are certain will destroy your livelihood. Figure out how to embrace change. Or don’t. It doesn’t matter. Music, and the way it is delivered and heard, will change whether you like it or not. If you want to blame anyone, though, I say it’s that evil Thomas Edison’s fault.