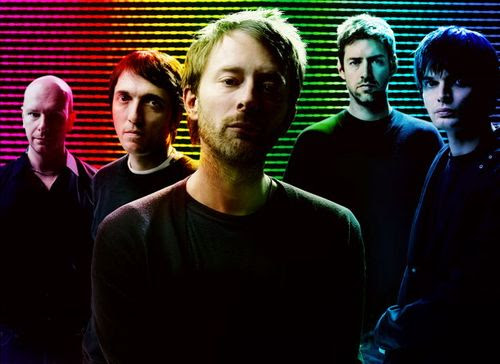 By the close of the ‘90s, Radiohead was hailed as one of rock’s most experimental bands, loved by critics and a loyal fan base. However, when the group’s maiden single, “Creep,” was released in 1992, it initially landed with a thud. The singles “Anyone Can Play Guitar” and “Pop Is Dead” followed, but then DJ Yoav Kutner started playing “Creep” on Israeli radio. WK The song was re-released and became what has been called “one of the great loser anthems of our time” HL and a “potent outsider anthem,” MC hitting the top 40 in the U.S. and top 10 in the UK. Its “ironic self-loathing” CR tapped into the same disenfranchised Generation X vibe of the grunge movement even though the group fell more in line with the likes of XTC and R.E.M. CR

Still, lead singer Thom Yorke saw himself as a misfit in much the same way as Nirvana’s Kurt Cobain and the song bore the “loud-soft dynamics and bleak lyrical sentiments” similar to songs by Nirvana and The Pixies. TB Regarding the former, guitarist Jonny Greenwood infused the song with blasts of guitar noise which he added because he didn’t like how quiet the song was. WK As bandmate Ed O’Brien said, “That’s the sound of Jonny trying to fuck the song up…And it made the song.” WK

Yorke wrote “Creep” about a drunk guy following a woman to whom he is attracted. WK The song captures what Guy Capuzzo called “the self-lacerating rage of an unsuccessful crush.” WK As he says, “the lyrics strain toward optimism...[but then] the subject sinks back into the throes of self-pity.” WK

The song first surfaced for Radiohead during the recording of their first album. According to bassist Colin Greenwood, Yorke wrote the song during his days at Exeter University in the late 1980s. During rehearsal, Yorke described it to the producers as “our Scott Walker song,” leading them to assume it was a cover. WK While it was original, its similarities to The Hollies’ “The Air That I Breathe” led to Albert Hammond and Mike Hazlewood, who wrote “Breathe,” receiving co-credit. WK