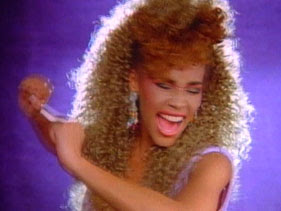 Whitney Houston’s eponymous 1985 album was one of the most successful debuts in history. She became the first solo female artist to have three #1’s from one album. AW The album was named to the Definitive 200 album list from the Rock and Roll Hall of Fame. Dave’s Music Database names it one of the top 1000 albums of all time. 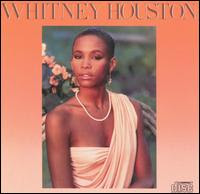 Following up a classic can be a daunting task. Many have fallen victim to “the sophomore slump”. On June 27, 1987, Whitney made as big a declaration that she would not fall into such a trap. In its seventh week on the chart, her song “I Wanna Dance with Somebody” rang the bell at the top of the Billboard Hot 100 for the first of two weeks. It was her fourth consecutive trip to the pinnacle.

“Dance” was the kickoff single for Houston’s second album, 1987’s Whitney. It debuted at #1 on the album chart the same week that “Dance” was crowned champion on the singles chart. It was the first album by a female singer to debut at the top. Only three male artists could claim the feat before that – Elton John, Stevie Wonder, and Bruce Springsteen. WK 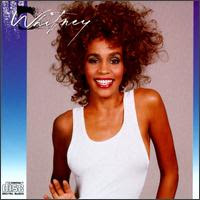 Houston wasn’t done making history, though. The album’s next three singles (“Didn’t We Almost Have It All”, “So Emotional”, and “Where Do Broken Hearts Go”) would also ascend to the pinnacle of the U.S. pop charts. She became the first artist in history to send seven consecutive singles to the peak. The Beatles and Bee Gees each had six.

Not surprisingly, with such success on the singles chart, the album became one of the biggest in history. Its 11 weeks as the biggest album in the U.S. also make it one of the biggest #1 albums in U.S. chart history. An estimated 24 million in worldwide sales also lands the album a spot on the list of the top 100 all-time world’s bestsellers. The Whitney Houston album also made both of those lists. The Whitney album would also join its predecessor as one of the DMDB top 1000 albums of all time.

Email ThisBlogThis!Share to TwitterShare to FacebookShare to Pinterest
Labels: didn't we almost have it all, i wanna dance with somebody, so emotional, where do broken hearts go, whitney houston