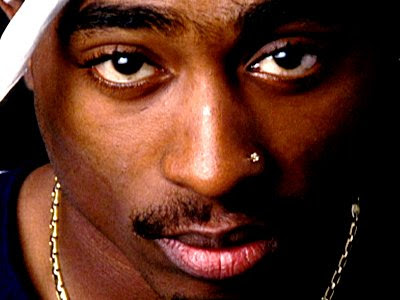 On September 7, 1996, rapper/actor Tupac Shakur (generally referred to as 2Pac) attended the Mike Tyson and Bruce Seldon boxing match in Las Vegas, Nevada. When Shakur and his Death Row Records entourage left the MGM Grand Hotel, a fight broke out. Later that night, Shakur was in the riding to an event with Death Row’s Suge Knight when a car pulled up beside them and fired roughly 13 shots at the car. Shakur was hit four times. He died a week later on September 13, 1996. He was 25.

He is estimated to have sold more than 100 million albums worldwide. His songs often depicted the harsh realities of ghetto life, largely inspired by his own upbringing in East Harlem. His parents’ background as members of the Black Panthers also shaped the social commentary in 2Pac’s music. Shakur faced trouble with the law and was caught up in the East Coast-West Coast rap rivalry commonly assumed to be the reason for his gang-style killing.

His music career started with Digital Underground in 1990. He worked as a roadie and backup dancer and contributed a rap on their “Same Song” for the 1991 film Nothing But Trouble. He launched his solo career that same year with 2Pacalypse Now. Me Against the World (1995) and All Eyez on Me (1996) are both DMDB top 1000 albums and went to #1, a position he attained three more times posthumously. He’s charted more than 20 albums; only four were released in his lifetime. Eleven of his albums have been top tens.