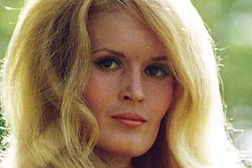 The song’s writer, Joe South, first recorded “Rose Garden” as a cut on his Introspect album in 1969. Billy Joe Royal, Freddy Weller, Dobie Gray, and The Three Degrees all soon put their stamps on it as well. As South’s publisher, Bill Lowery, said, “We didn’t have any problems finding people to record it…But none of us expected it to be a huge country hit.” CL However, that’s exactly what Lynn Anderson did with the song.


She had purchased Joe South’s album when it first came out and was drawn to “Rose Garden”. She wanted to record it, but Glenn Sutton, her producer and husband, thought lines like “I could promise you things like big diamond rings” made it a “man’s song”. WK They rewrote some words, made the song more uptempo, and – in a move unheard of for that era’s country sound – added strings. CL


While Sutton still saw the song as nothing more than an album cut, but Columbia Records executive Clive Davis thought it worthy of release – and to both the country and pop markets. CL Not only did the song hit the U.S. country (#1), adult contemporary (#5), and pop charts (#3), but it sold a million copies and has racked up four million airplays. It proved successful internationally as well, topping the charts in Australia, Canada, and New Zealand. WK The song also won a Grammy for Best Female Country Vocal Performance and was nominated for Song of the Year and Country Song of the Year.


Since 1966, Anderson had hit the country chart 19 times, going top-ten five times. “Rose Garden”, however, was her first trip to the top. She would repeat the feat four more times over the next few years and would rack up a total of sixty country hits over more than twenty years. However, on the pop charts, this was her first and last trip to the top 40.

Posted by Dave Whitaker at 5:00 AM