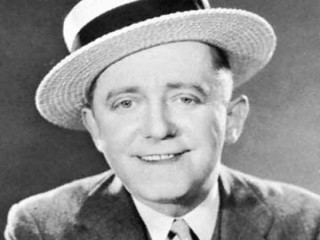 One of America’s greatest patriotic songwriters was, at least by his account, born on the 4th of July. Many sources confirm that date and even his mother claimed he was an Independence Day baby. However, the Irish Music Archive confirms that his official birth certificate indicates July 3, IM although it also lists the wrong first name for his mother. WK

Among Cohan’s most notable compositions were “Over There” and “You’re a Grand Old Flag” (originally called “You’re a Grand Old Rag”). The songs were so associated with patriotism during World War I that Cohan earned a Congressional Medal of Honor in 1936 for his contributions to boosting wartime morale. He was the first artist to receive the honor. “Flag” was also given the Towering Song Award by the Songwriters Hall of Fame and is in the National Recording Registry.

Cohan also has two entries in the Grammy Hall of Fame with “Yankee Doodle Boy” and “Give My Regards to Broadway”. The four songs already mentioned and “Harrigan” rate in the top 1000 songs of the 20th century list by Dave’s Music Database.

Cohan got an early start in musical theater. At age 9, he was appearing on stage with his vaudevillian family. By age 13, he was writing songs and plays for the act. He went on to write, produce, direct, and star in more than 40 Broadway musicals. He wrote more than 500 songs and acted in over 1000 performances. IM He has been referred to as the father of American musical comedy and “the man who owned Broadway”. WK He was the subject of the 1942 Academy-Award-winning biopic Yankee Doodle Dandy, starring James Cagney as Cohan.

Cohan was inducted into the Songwriters Hall of Fame and is rated one of the top 100 songwriters of all time by Dave’s Music Database.

Posted by Dave Whitaker at 2:08 AM

Email ThisBlogThis!Share to TwitterShare to FacebookShare to Pinterest
Labels: Billy Murray, Congressional Medal of Honor, George Cohan, Give My Regards to Broadway, Harrigan, Over There, Songwriters Hall of Fame, Yankee Doodle Dandy