The Jacksons Kick Off Their Victory Tour: July 6, 1984 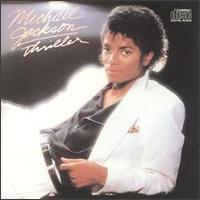 Click to see the DMDB page for Michael Jackson’s ‘Thriller’

Naturally the world clamored for Jackson to hit the road. Instead of launching a solo venture, he and his five brothers toured as The Jacksons. It would be the final concert tour for the group. The Victory tour started on July 6, 1984 and ended five months later on December 9. With a gross of roughly $75 million, it was the largest-grossing tour of all time up to that point. Approximately two million caught Jackson and his brothers in 55 shows across the United States and Canada.

The tour generated controversy for selling a then-record number of tickets at the then-high price of $30 a seat. Buyers also had to purchase blocks of four tickets at a time. The Jacksons themselves made good money from the tour, but the promoters lost millions.

Other than a medley of Jermaine’s solo hits, Michael handled all lead vocals. The set list focused on his solo work from Thriller and Off the Wall as well as The Jacksons’ material from the Destiny and Triumph albums. An album, also called Victory, was released in conjunction with the tour but none of the songs were performed live. The lead single, “State of Shock”, debuted on the Billboard charts the week before the tour launched and eventually reached #3.