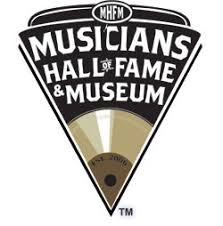 The Musicians Hall of Fame formed to honor musicians of all instruments and genres. As the website explains, nominations are made by current members of the American Federation of Musicians as well as various music industry professionals. There is no indication of how these nominees are whittled down to determine who is inducted. After its formation in 2007, the Hall inducted three classes before closing, reopening, and inducting a fourth class in 2014. Here are the inductees from 2007-2014:

Resources:
Posted by Dave Whitaker at 11:59 PM No comments:

Review: Jimmie Rodgers grew up sickly, shuffled amongst family members. By age 14, he struck out on his own to follow his father’s footsteps as a railroad man. His failing health ended that career before he’d turned thirty, and he turned his attention to his other love – music.

In 1927, Rodgers auditioned for Ralph Peer of Victor Records. In August, Rodgers had his first recording session with Peer and then, on the day after Thanksgiving, drove to New York for his second session. When Rodgers had a shortage of material, Peer relented to recording one of Rodgers’ blues songs – “Blue Yodel No. 1.” SS Not sure what to do with the stuff, Victor marketed it as “a popular song for a comedian with a guitar.” LW

Tuberculosis felled the man known as “The Singing Brakeman” in 1933 when he was just 37. However, in his short life, he had such an impact on music that he earned an even bigger nickname: “The Father of Country Music.” He helped make country music as as a viable, commercial genre CL by articulating rural America’s concerns about “love, loss, and hardship in a way…most Tin Pan Alley writers could not…emulate.” LW He was so embedded in rural culture, shoppers requested his latest recordings be added to their grocery lists. LW

However, his music reached beyond white rural America. He “combined black and white musical forms and popularized American rural music traditions.” NRR That “marriage of blues and country is the essence of Rodgers’ contribution to popular music.” LW For a “generation after his death, virtually every country music performer – and not a few blues artists – would owe a deep stylistic debt” SS to Rodgers.

Posted by Dave Whitaker at 11:30 PM No comments: Today marks the fifth anniversary of the DMDB blog. It has come a long way in five years! That first post, entitled “How to Get into the Rock and Roll Hall of Fame”, mocked that institution’s biases with five observations about what will (or won’t) lead to canonization in Cleveland. I ripped on the organization for failing to induct acts like Kiss, Rush, Genesis, and Alice Cooper. All are now in.

I put up a whopping 13 posts in 2009 and another 14 in 2010. About mid-way through 2011, I changed the focus of the blog from essays on music-related topics to more objective snapshots of musical history tied to that particular day. The paid off in spades. Prior to the thematic switch, my biggest month was September 2009 with 422 hits. I more than doubled that number in June 2011 with the new approach. I noted in a 2012 post, “The History of the Dave’s Music Database Blog”, how the blog had mustered 31,000 hits. I was quite proud. It has grown by more than ten times that in the last two years. By the end of January the blog should log 400,000 views.

I’m not sure how I’ve been so lucky to get so much attention to my blog, but I’m grateful to all the fans. Thank you for reading!

Posted by Dave Whitaker at 9:35 PM No comments:

According to Nielsen SoundScan, who tracks sales for Billboard magazine, these are the top-selling digital songs for country music. Personally, I think some of these really challenge the definition of “country music” (Miley Cyrus “The Climb”?, Taylor Swift “We Are Never Ever Getting Back Together”?) but this is their list, not mine.


Resources and Related Links:
Posted by Dave Whitaker at 11:16 PM No comments: