Is Glee the New Elvis?

Originally published in my "Aural Fixation" column on PopMatters.com on May 24, 2011. See original post here.

Once upon a time there was young man who was attractive and charming. His teen followers swooned as he threatened to revolutionize their world by introducing them to his brand of music. While the kids embraced the Man, he rubbed some members of the Establishment the wrong way because his music was deemed a dangerous influence on the youth. I’m talking, of course, about Elvis Presley. No, wait. I mean, I’m talking about the basic plot line of Glee.

Elvis fans may cringe, but there are parallels between one of today’s most iconic television shows and the King of Rock ‘n’ Roll. Much like the man from Tupelo, Mississippi, has become synonymous with American music in the ‘50s, Glee is a touchstone for the state of American music in 2011.

The notion that Elvis and Glee even belong in the same musical discussion was sparked by a 16 February 2011 article in Billboard magazine, “‘Glee’ Cast Tops Elvis Presley for Most Hot 100 Hits” (by Gary Trust). The industry leader’s flagship US chart, the Hot 100, crowned a new king for most chart entries – and it wasn’t The King.

A television show that was nonexistent two years ago surpassed the 108 hits Elvis Presley accumulated over a two-decade career. This statistic is a little misleading. The Hot 100 launched in 1958, by which time Elvis had already spent two years racking up 31 hits on predecessors to the Hot 100 chart (see “Ask Billboard: Who Could Break “Glee”‘s Record?”, by Gary Trust, 18 February 2011). That boosts his total to 139 charted hits from 1956’s “Heartbreak Hotel” to the 2003 remix of “Rubberneckin’.” As of 14 May 2011, the Glee cast had amassed 137 Hot 100 hits. Give ‘em another week.

There’s still plenty of room for chart fanatics to cry foul, however. The average Glee chart entry is gone before the next episode airs. While the man who sang to a hound dog on Milton Berle’s show has left us with immortal songs like “Jailhouse Rock” and “Don’t Be Cruel”, the cast of Glee has graced us with gems like…uh, well, they did a cover of Journey’s “Don’t Stop Believin’.”

Let’s not kid ourselves. Glee hasn’t left us with a treasure trove of immortal songs like “It’s Now Or Never” or “Suspicious Minds”. When the Glee cast passed Elvis’ record, they’d logged a wimpy 150 weeks total for all their chart entries, meaning about 80 percent of their “hits” logged a solitary week on the chart. By comparison, Elvis amassed 994 cumulative weeks. Only 700 or so more Glee hits and they’ll have caught up to the King!

Presley scores significantly better than Glee on other fronts, as well. According to Joel Whitburn’s Top Pop Singles, Presley has gone top ten 38 times compared to a skimpy three such hits for Glee. The King has gone #118 times; Glee hasn’t done that, yet.

Still, the sheer number of chart entries for the Glee cast makes their achievement astonishing. More importantly, Glee taps into the state of today’s music industry much as Elvis did in his day.

Using Television as a Medium

In the ‘50s, television proved an important medium for marketing music. An appearance on The Ed Sullivan Show could send viewers straight to their radio station’s request lines or, more importantly, to their local shop which sold 45 RPM records.

Glee has blended adolescent hormones and the immediacy of digital music and poured its concoction into must-see prime time TV. Prior television-meets-music endeavors like the High School Musical movies and the Hannah Montana TV show had landed multiple chart entries in a single week, but only Glee has done it on a weekly basis.

Taking Advantage of the Digital Age

This has largely come from the ability of the Glee marketing machine to take full advantage of how young audiences consume music today. In Elvis’ time, a teen had to persuade Mom and Pop to take them shopping. In the 21st century, a teen’s impulsive need to add a just-heard song to his iPod is only a mouse click away, and it’s easy on his allowance.

As disposable as pop music has generally been, Glee has taken it to new heights. Week-in and week-out, iTunes drools over Gleeks desperate to own songs they heard for the first time just seconds before. The song that charts this week may be a distant memory next week. It may never get radio airplay and certainly won’t go down as a cherished classic, but it sold a hundred thousand or so downloads on its way toward obscurity.

This sounds pretty negative, but there’s an upside. For years, the music industry greedily stuck its money-grubbing hands into the customer’s wallets by pushing albums when buyers often wanted individual songs. That power, however, has shifted back to the consumer.

The album format launched in the ‘40s and gained prominence in the ‘50s primarily as collections of previously-released material targeted to more serious fans. During the ‘60s, groups like the Beatles approached albums as artistic statements independent of singles. Thanks to Sgt. Pepper’s Lonely Hearts Club Band and similar ventures, the ‘70s launched classic rock groups like Pink Floyd and Led Zeppelin who could find massive success with barely a single to their names.

By the ‘80s, commercial juggernauts like Michael Jackson’s Thriller and Bruce Springsteen’s Born in the U.S.A. bombarded the US market with single after single, but all in the name of pushing the album into multi-platinum sales figures. By the turn of the century, a new album by the Backstreet Boys or ‘N Sync was practically considered a failure if it didn’t move a million copies its first week out.

However, the digital age has ravaged the album industry, allowing customers to cherry-pick individual songs. Glee has fully embraced the practice, not even pushing albums on its public until its fans have had the chance to purchase the songs individually.

All of this hints at the greatest commonality between Elvis Presley and Glee. Both are at the forefront of their eras by tapping into the musical climate of the day. Before Elvis gyrated his pelvis into the musical spotlight, the American music scene was dominated by crooners like Frank Sinatra and Bing Crosby. These were singers who started out fronting big bands with repertoires comprised primarily of already-established standards. It was common in the first half of the 20th century to see multiple versions of the same song chart available simultaneously.

In the ‘50s, the birth of rock and roll wasn’t just about marrying R&B to country to birth a new genre. It was also about transforming how the music industry marketed itself. Suddenly the most successful singers no longer looked like they were headed to the office; they looked like they worked at the local filling station. Elvis Presley and his peers weren’t fronting orchestras but small combos of guitar, bass, drums, and piano. Performances were no longer about how effectively the singer nailed a laid-back vibe, but how manic he looked while swiveling his hips, terrorizing a defenseless piano, or strutting across the stage to the whoops and hollers of teenage girls.

The music industry of 2011 bears similarities to the music industry of 1956. Glee is more about the ensemble than the individual performer. In addition, Glee has lead to the industry to again embrace the idea of tapping into a hit song’s success by recycling it before it goes cold. In some cases, such as Cee-Lo Green’s “Forget You”, the original got a boost because of the Glee version.

If Glee ever tackles the Elvis catalog, there’s no question which version of “Love Me Tender” or “Are You Lonesome Tonight?” will leave the greater imprint. However, Glee has mastered the premise of today’s musical landscape that longevity isn’t the goal. Sell and sell now. Worry about what history will say about it, later.

14 years after their last album, The Rainmakers returned with 25 On. In support of the reunion, they toured, including a hometown stint at Kansas City's Knuckleheads saloon on May 14 and 15, 2011. As part of the show, the group performed their 1986 eponymous debut in full. Here's the set list for the entire show: 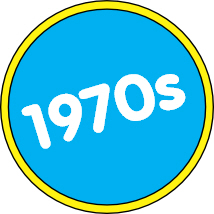