Everything Old Is New Again

I may have missed the boat on timeliness in regards to year-end best-of lists, but is it too late to reflect on the best music which 2010 had to offer? I’m going with “no” otherwise this is a really short article. In an effort to look hip, gain indie cred, and try to appear in touch with what is taking up space on the tuned-in twentysomething’s iPod, I could rave about albums like Arcade Fire’s The Suburbs. Despite going to #1 on Billboard’s album chart, the best-of lists are pretty much anointing this go-to indie darling as the album of the year. 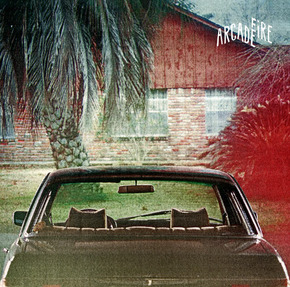 Certainly I have logged listening time with acts either on their debuts or still finding their audience. Gaslight Anthem, the Hold Steady, Band of Horses, the National, Florence + the Machine, Marina & the Diamonds, Mumford & Sons, and the XX have all made their way into my digital library. Still, some of that “new” music pre-dates 2010. It was Gaslight Anthem’s 2008 album The ’59 Sound that garnered more of my attention than their 2010 American Slang album. Also, while they may have gained attention this year, some acts – like Florence, Mumford, and the XX – technically are 2009 releases. 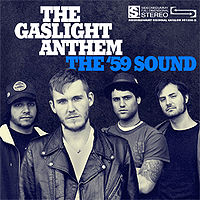 Then again, technicality may rule out a lot of my 2010 favorites. Truth be told, many of my past year’s gems make me look 20 years older than I am. For the record, I’m 43. Some of my most-listened-to riches of the last 365 days are actually archival projects dating back to the ‘60s and ‘70s. Even new product often is dominated by artists whose careers date back 30+ years.

It probably is no accident that many of my favorite new acts are tripping over themselves to pay homage to the man behind my favorite 2010 release – Bruce Springsteen. Gaslight Anthem, the Hold Steady, and Arcade Fire have all cited The Boss as an influence; the Gaslight Anthem have made a habit of liberally quoting lyrics by the Boss within their own songs.

However, no one does Bruce like Bruce. In celebration of the reissue of his 1978 classic Darkness on the Edge of Town, Springsteen rolled out The Promise, a double-disc collection of 21 songs written and recorded in the same time frame but never released. Included are his original versions of “Fire,” which became a #2 pop smash for the R&B-oriented Pointer Sisters, and “Because the Night,” which co-writer Patti Smith turned into a #13 hit. What astonishes me is that this collection doesn’t have a dusty, from-the-vaults feel, but holds up with 1975’s Born to Run and 1978’s Darkness, the classics which bookend it. 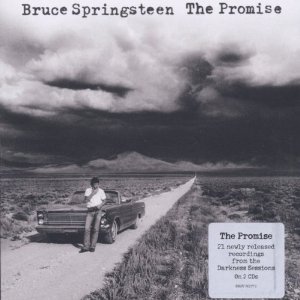 Any year brings a crop of standout archival releases, but the treasure chest seemed especially full in 2010. In a similar vein to the Bruce reissue, the Rolling Stones released a deluxe edition of their 1972 Exile on Main Street, often hailed as their best work. While not as extravagant, the package still boasted an album’s worth of material with its origins in the same sessions that produced Exile. While “Plundered My Soul” and “Following the River” aren’t “(I Can’t Get No) Satisfaction” or “Start Me Up,” they are worthy entries into the Stones’ catalog. 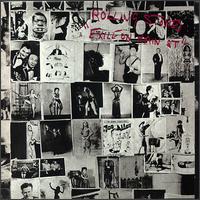 Bob Dylan thrust his ninth edition of the Bootleg Series (The Witmark Demos 1962-1964) upon the public, this one comprised of 47 demos from the beginning of his career. The collection offers a peak at the rough versions of many familiar tunes in his repertoire, but also digs up unreleased rarities. 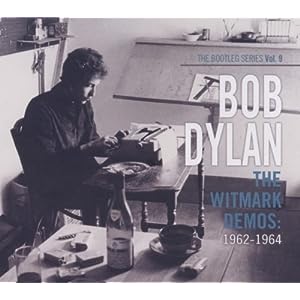 It is one thing for a still-working artist to dive into their boxed-up-in the-attic oldies, but it is admirable when an iconic artist disallows a little thing like death to stop his musical output. Thirty years in the ground didn’t stop Jimi Hendrix from his umpteenth trip to the well for Valleys of Neptune and being seven years gone didn’t stop Johnny Cash from his second posthumous studio effort. Heck, the Man in Black even snubbed his nose at death by titling his album Ain’t No Grave. 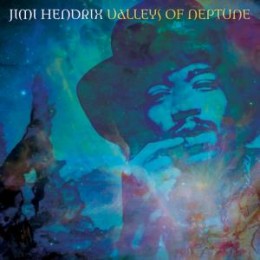 For a list purist, these titles would generally be relegated to a special reissue top 10 list, leaving me a little light in my official list. Thankfully, there are artists out there neither digging up their pasts nor stubbornly defying the boundaries inflicted upon them by a pine box six feet under. For example, John Mellencamp put out No Better Than This, an album of completely new material. It just sounded like it was made in the ‘50s. That’s because he, along with go-to Americana producer T-Bone Burnett, crafted the new tunes with equipment and methods dating back to the roots of rock and roll. In publicity for the album, much has been made of songs recorded in the footprints of pioneers like Elvis Presley and Robert Johnson. Hype aside, Mellencamp made an album of which blues and rock pioneers could be proud. 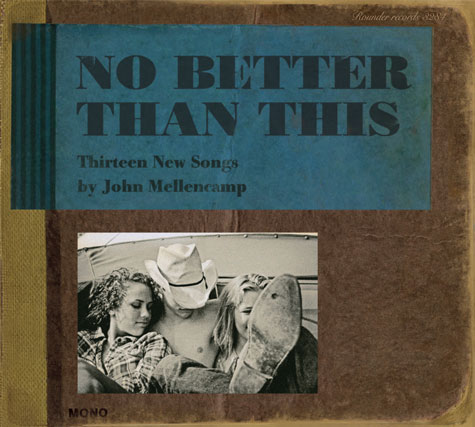 T-Bone was awfully busy this year, also helping Elton John hook up with idol Leon Russell for The Union and letting Elvis Costello strut his “I can tackle any musical genre” stuff with National Ransom.

Of course, his most celebrated work in recent years was Raising Sand, Robert Plant’s 2007 release with Alison Krauss which garnered a Grammy for Album of the Year. It was the second such award for T-Bone as a producer, following the 2000 soundtrack for O Brother, Where Art Thou? However, with Plant’s follow-up, Band of Joy, he went with producer Buddy Miller and turned to Patti Griffin for the album’s female presence. The aim appeared the same, however, as Plant continued to prove that even the heaviest of rockers can go all folksy once their golden manes have grayed and sentimentality leads them down that “back to my roots” path. 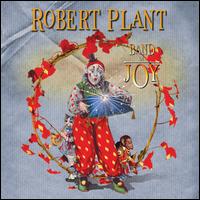 Another favorite came from Peter Gabriel, a veteran whose solo endeavors and work with prog-rock outfit Genesis give him a resume dating back to the late ‘60s. Since his album Scratch My Back consisted of covers of tunes by David Bowie, Lou Reed, Paul Simon, Neil Young, and others so it doesn’t completely feel like a “new” release though he did tap some contemporary indie faves like Arcade Fire, Elbow, Bon Iver, and Radiohead for some source material. 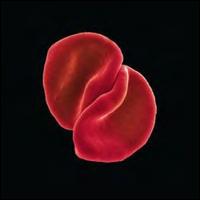 Santana found a way to be unoriginal on two fronts. He also released a covers album (Guitar Heaven) and did so in the same format he’s relied on for more than a decade – a slew of guest vocalists. While I’ve reserved most of my comments for praise, this was a stinker. I’m pretty sure most people would rather hear Deep Purple do “Smoke on the Water” than Papa Roach’s Jacoby Shaddix backed by Carlos on guitar. 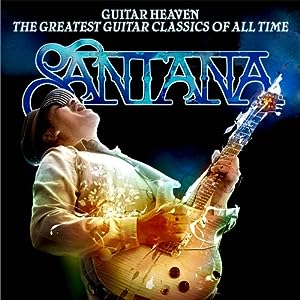 Jerry Lee Lewis went down a similar path, releasing Mean Old Man, an album of covers recorded with other musical giants such as Keith Richards, Ringo Starr, John Fogerty, Robbie Robertson, and Eric Clapton. The album might have been at least a little more original if Lewis hadn’t done exactly the same thing with 2006’s Last Man Standing – which included all of the same guest artists as listed above. 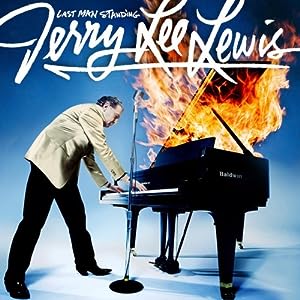 Speaking of Clapton, I could have also done without his latest outing. Given the painfully un-inspiring title of Clapton, the packaging suggested a career-defining retrospective, but the contents were an attempt to mix the two kinds of albums he’s made since his Unplugged days. That album gained him an adult contemporary audience while simultaneously giving Clapton more free reign than ever before to do completely blues-based albums. He’s generally jumped back and forth between the two formats since, but this time out he tried to merge them. The result is a collection of obscure covers which aren’t sure if they are trying to be blues or adult contemporary. 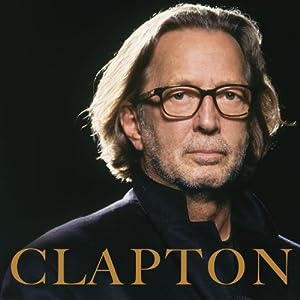 However, some forays into the covers world were worthy of attention. Alongside the previously mentioned Plant, Cash, and Gabriel projects was another long-in-the-tooth classic songwriter, Brian Wilson, leaning on the past for inspiration. He wasn’t going for obscure, though – he turned to George Gershwin for Brian Wilson Reimagines Gershwin. I read one review hailing the effort as even better than the Wilson-led Beach Boys’ Pet Sounds. Since that is generally seen as Wilson’s best work and has even been called the best album of all time, that would lift the Gershwin recordings to a little loftier position than I’m comfortable with, but it was an inspired work. 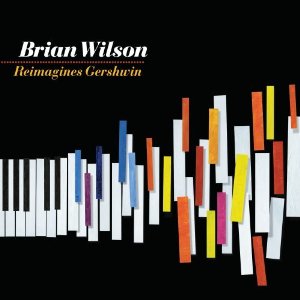 There were other 2010-meets-the-1970s-or-before purchases which were welcome additions to my library – and didn’t even rely on cover songs. Neil Finn, who traces his musical introduction to the world back to the ‘70s with new wave outfit Split Enz, was back with Crowded House. This crew of witty pop tunesmiths had their heyday in the ‘80s, but are back with their follow-up (Intriguer) to their 2007 Time on Earth reunion album. 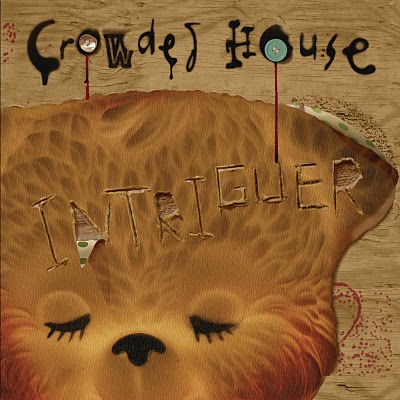 Similarly, Chris Difford’s Cashmere if I Can consisted of new material but his beginning days with Squeeze take him back to the same musical territory tread by Finn. In fact, Difford and the rest of the current Squeeze lineup even thrust a completely unnecessary collection of re-recorded versions of their own songs upon us with Spot the Difference.

It all begs one to spit out clichés like “everything old is new again” – or even go so far as to give a blog entry that lame title. However, in a year when the Boss, the Stones, Dylan, Hendrix, and Cash put out some of my favorites, I can’t help but celebrate. Why should age – of either the artist or the songs themselves – hamper greatness? Here’s hoping that 2011 will give us new John Lennon and Elvis Presley material that can stand alongside anything done in 2010.

My Top 10 of 2010:
1. Bruce Springsteen The Promise
2. The Rolling Stones Exile on Main St. (Deluxe Edition)
3. John Mellencamp No Better Than This
4. Bob Dylan The Witmark Demos: 1962-1964
5. Peter Gabriel Scratch My Back
6. Chris Difford Cashmere if You Can
7. Johnny Cash American VI: Ain’t No Grave
8. Jimi Hendrix Valleys of Neptune
9. Crowded House Intriguer
10. Brian Wilson Reimagines Gershwin
Posted by Dave Whitaker at 1:19 PM No comments: Links to this post

Posted by Dave Whitaker at 8:20 AM No comments: Links to this post