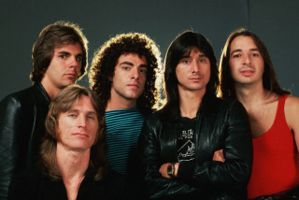 1981 was the year of arena rock. REO Speedwagon, Styx, Foreigner, and Journey had all been around since at least the mid-‘70s and amassed huge followings, but peaked that year with the only #1 albums of their careers. All four albums marked the groups’ biggest selling studio efforts and were supported by at least two top ten hits each. All four make the Dave’s Music Database lists of top 1000 albums of all time and Top 100 Classic Rock Albums, although Foreigner makes the latter with its debut and not 1981’s Foreigner 4.

All four groups were savaged by critics. Their power ballads were mocked and their proclivity toward radio-friendly rock wasn’t taken seriously. All four bands have been eligible for the Rock and Roll Hall of Fame for a decade; none are in.

Of the four kings of arena rock, however, Journey may be laughing the hardest in the critics’ faces. In the last five years, their song “Don’t Stop Believin’”, had a surprising resurgence when it was used in the finale of television’s The Sopranos. Then it also served as the springboard for Glee, giving that television franchise a #4 hit with the first of their many covers which would dethrone Elvis Presley for most chart hits in Billboard Hot 100 history. Read more about that in my Pop Matters column, Is Glee the New Elvis, Really?

Of course, the song did just fine the first time around. It was one of three top-ten, million-selling singles from Escape, sandwiched in between power ballads “Who’s Crying Now” and “Open Arms”. However, the revival of the song in the digital age has now lifted it to 2.9 million in sales worldwide. Journey’s new-found success lifted them to their loftiest heights in years – their 2008 album Revelation went top five and platinum in the U.S.

As for the original album’s success, it marked the debut of Jonathan Cain as the group’s new keyboardist. He also co-wrote every song on the album, CR which had a lot to do with the group’s boosted commercial appeal. The “heartfelt songwriting and sturdy musicianship” MD has “a way of rekindling the innocence of youthful romance and the rebelliousness of growing up.” MD

Of course, Journey also retained some of the best qualities from pre-Escape days, namely “Neal Schon’s grand yet palatable guitar playing” MD and “the passionate, wide-ranged vocals of Steve Perry, who is the true lifeblood of this album, and this band.” MD 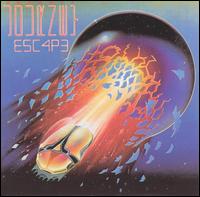 MTV, or Music Television, launched on cable television on August 1, 1981. While today the station has become known for a slew of reality-based programming targeted toward teens, the “M” in “MTV” truly stood for music in the beginning. The station became required viewing for teens wanting to be up on the latest videos and music news.

That first broadcast was only available to parts of New Jersey. The initial format consisted of crude promotional videos and concert footage with music similar to a Top 40 radio format. Thanks to a need for lots of content, the early years of MTV broke lots of new artists and made for fertile creative ground for pioneers of music video.

Here were the first 10 videos, along with the VJ (video jockey) chatter and commercials, as aired on MTV:

The Launch of MTV