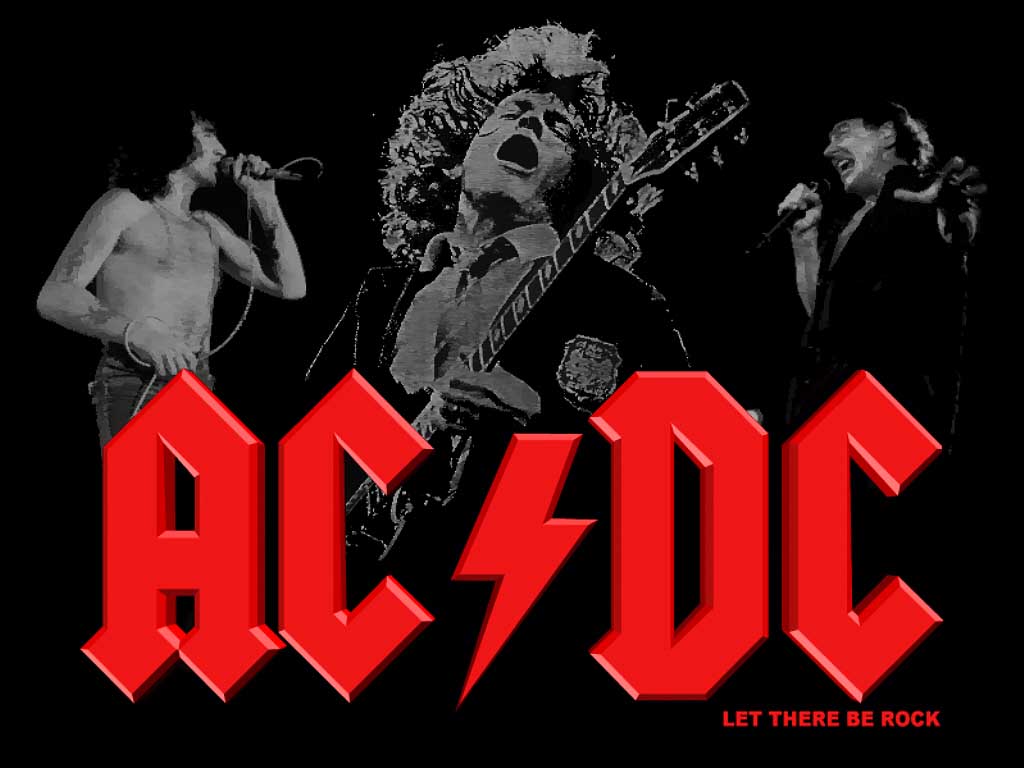 Review: With 1979’s Highway to Hell, AC/DC achieved its first gold album in the U.S. AMG and was “poised for worldwide breakthrough success.” AMG “In the middle of album rehearsals, singer Bon Scott went on a drinking spree; he choked on his own vomit and was found dead in the back seat of a car.” RS After two days of mourning, guitarist Malcolm Young called his brother Angus and they went back to work. Five months later, the result was “this smoking album with the most prophetic title ever.” ZS

New vocalist Brian Johnson “was as willing to shred the upper end of his voice as Scott had been” TM and “had the same bluesy edge as Scott” AMG but “sang with more power and conviction.” AMG He stamped “his own personality, not to mention distinctive rasp, on the record.” VH1 He “sings as if he’s being tortured – and thoroughly enjoying it.” TL

Critics knocked the band for its “testosterone-laden paeans to sex, booze, and more sex and more booze,” RV but “AC/DC was never a band to bother with any niceties in their music.” CRS They charged forward with “completely straight-ahead guitar power chords, brutal beats pounded out in 4/4 time, and blistering vocals on top.” CRS “The rhythm section gets right near the boiling point and then hangs there, waiting for the schoolboy-uniform–wearing Angus Young to deliver demonically twisted lead guitar that pushes things over the edge.” TM Meanwhile, producer Mutt Lange “made sure that every walloping rhythm guitar supporting Johnson’s tales of lasciviousness…weighed in at industrial strength – and was executed with surgical precision.” TM “It doesn’t get any simpler than this meat-and-potatoes rock and roll.” CRS

You Shook Me All Night Long

The “primo dance-metal banger You Shook Me All Night Long” RS and the “eerie Hells Bells,” AMG “are arena anthems of uncorrupted hookiness and sonic quality,” TL not to mention “strutting blues-based guitar heat.” RS Also included are “such perennial rock anthems as the stomping title track” AMG with its “proud peacock strut,” TM “the melodic Shoot to Thrill, [and] the album-closing battle cry Rock and Roll Ain't Noise Pollution.” AMG

“Coming after years of synthesized disco and overproduced AOR, Back in Black proved once again the resilience of live, loud, and melodic rock, and listeners immediately responded.” TB It was one of “the greatest hard-rock album of the decade” RV and “one of rock’s all-time classics.” AMG “For many, [it is] the essential hard-rock record of the modern era.” TB It “is a ten-song feast of tightly wound, enormously disciplined stomp rock” TM infused with “the relentless logic of a sledgehammer.” RS

Review: “Joy Division was at the height of their powers on Closer, equaling and arguably bettering the astonishing Unknown Pleasures.” AMG If their debut “was Joy Division at their most obsessively, carefully focused…Closer was the sprawl, the chaotic explosion that went every direction at once.” AMG “Rock, however defined, rarely seems and sounds so important, so vital, and so impossible to resist or ignore as here.” AMG Closer is a “masterpiece” RV known for “its impact on the subsequent goth movement – a paradigm shift for punk music.” ZS

The album “journeys through a bleak songscape of hopelessness and loss,” RV a fact which caused the album to be more scrutinized the wake of lead singer Ian Curtis’ suicide. As such, the album “is pervaded by a sense of eerie beauty, like the still before the storm.” PR Curtis’ vocals “haunt the stark, minimalist backdrop like a troubled earth-bound spirit, pleading for release.” PR “The tracks would be in danger of grinding to a complete standstill, enthralled by their own spectral grandeur” PR if not for “the momentum secured by [Peter] Hook’s melodic” PR and “icy bass lines” RS500 alongside the “occasional flashes of overdriven” PR and “droning guitars.” RS500

What also lifts the album is that it is “dark, depressed and innovative.” ZS “Differing mixes, differing atmospheres, new twists and turns define the entirety of Closer, songs suddenly returned in chopped-up, crumpled form, ending on hiss and random notes.” AMG The end result is a “harrowing and emotionally raw testament” ZS and “one of the most chilling albums ever made.” RS500

Lead song Atrocity Exhibition “sets the tone for the album's sound: metallic rhythms, damaged synthesizers and jagged guitars are laid bare against brutal and sparse lyrics.” RV It “was arguably the most fractured thing the band had yet recorded, Sumner’s teethgrinding guitar and Morris’ Can-on-speed drumming making for one heck of a strange start.” AMG

“Keyboards also took the fore more so than ever – the drowned pianos underpinning Curtis’ shadowy moan on The Eternal, the squirrelly lead synth on the energetic but scared-out-of-its-wits Isolation, and above all else Decades, the album ender of album enders.” AMG

“A long, slow crawl down and out, Curtis’ portrait of lost youth inevitably applied to himself soon after, its sepulchral string-synths are practically a requiem.” AMG On “the jaw-dropping, wrenching” AMG Twenty Four Hours “Curtis embodies despair and pleas for an escape from loneliness. It’s a declaration of frustrated rage that remains subtle with unrelenting eerieness.” RV That song and Heart and Soul are “as perfect a demonstration of the tension/release or soft/loud approach as will ever be heard, simply intensify the experience.” AMG

The Beginning and End of Led Zeppelin: July 7 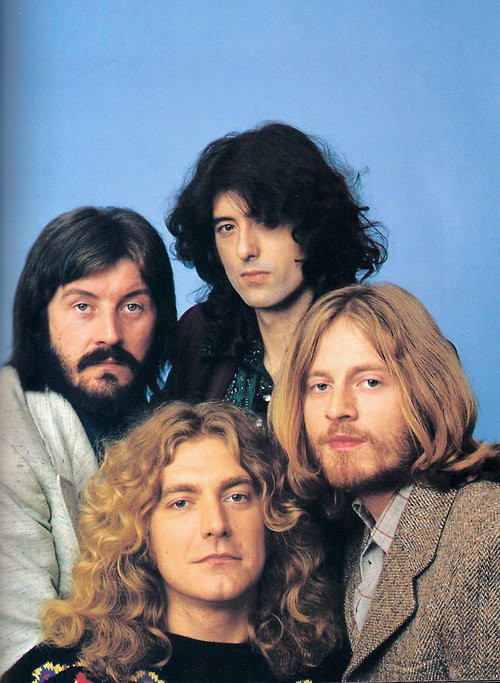 In an interesting twist, the birth of Led Zeppelin and its demise can both be tied to July 7. The first time around was in 1968. The Yardbirds broke up after playing a gig at Luton College of Technology in Bedfordshire, England. Although the band was only five years old, they had undergone significant changes. Jimmy Page was the band’s third lead guitarist, following Eric Clapton and Jeff Beck. By 1968, manager Peter Grant pushed the band to be heavier and more experimental. Page embrace the direction, as he was intrigued with the psychedelic blues-rock of groups like Cream and The Jimi Hendrix Experience.

However, singer Keith Relf and drummer Jim McCarty, who’d been with the band throughout, wanted a more folk-influenced sound. By March 1968, they’d decided to leave the group, but Page and bassist Chris Dreja persuaded them to stick it out for another tour.

The Yardbirds, the Jimmy Page era

After the breakup, Page and Dreja reassembled a new lineup, originally called “The New Yardbirds”. Page wanted a singer named Terry Reid, but he was committed as an opening act for Cream’s 1968 U.S. tour and recommended Robert Plant, a then-unknown singer who Reid had seen perform. Plant brought along his childhood friend John Bonham for drums. After Dreja opted to pursue a career as a rock photographer, Page recruited bassist John Paul Jones, with whom he’d worked as a session musician. With Dreja holding the legal rights to the name “Yardbirds”, the new lineup was christened Led Zeppelin.

The name is credited to Keith Moon, drummer for The Who. He did not, however, make his famous “it’ll go over like a lead balloon (or zeppelin)” comment about the “New Yardbirds”. His was actually referring to a supergroup including Page, Moon, and Jones which gathered in 1966 to record “Beck’s Bolero” with Jeff Beck (with whom Page worked briefly in the Yardbirds) and pianist Nicky Hopkins.

Led Zeppelin released eight studio albums from 1969 to 1979. Three of them rank in the Dave’s Music Database list of the Top 100 Albums of All Time and four others the Top 1000 list. Seven of the albums topped the UK charts; six hit #1 stateside. 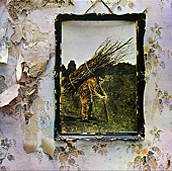 Click to see the DMDB page for ‘Led Zeppelin IV’

The group became a staple of classic rock by pushing albums over singles. They still had some very successful songs; “Whole Lotta Love” was a top five U.S. hit and “Stairway to Heaven” is a mainstay at the top of most classic rock station playlists. The latter song is featured in the DMDB book The Top 100 Songs of the Rock Era, 1954-1999.

Sadly, it came to an end in 1980. A concert on July 7 in Berlin was the last appearance of the four original members. On September 25, 1980, John “Bonzo” Bonham died of asphyxiation after drinking excessively and choking on his own vomit. The group officially disbanded by the end of the year.

Like their predecessor, Led Zeppelin was inducted into the Rock and Roll Hall of Fame. As influential as the Yardbirds were considered, however, Led Zeppelin took things even further. They rank in the Dave’s Music Database list of the Top 100 Acts of All Time and also received a Lifetime Achievement Grammy Award. With 111.5 million certified album sales in the U.S., they are the country’s second best-selling band of all time. W-L Rolling Stone magazine called them “the heaviest band of all time” and “unquestionably one of the most enduring rock bands in history.” W-L

Resources and Related Links:
Posted by Dave Whitaker at 12:01 AM 2 comments: Links to this post